Rethinking Classification and what is 'Top Secret' in the Internet Age

Rethinking Classification and what is 'Top Secret' in the Internet Age

As we move ever further from paper-based intelligence work, it is essential to rethink the classification system costing us all

As we move ever further from paper-based intelligence work, it is essential to rethink the classification system costing us all

The U.S. cannot expect to keep national secrets secure, or provide any meaningful oversight for intelligence agencies if proper classification of those secrets is as likely as a roll of the dice.

Cyber security has been a hot topic as of late with the Russian’s alleged interference with the U.S. election. It suggests a broken system exits.

Even seasoned national security professionals frequently fail to correctly classify documents, this suggests that the system is broken. Trump and his incoming administration must update the antiquated methods to protect classified national security information in order to reflect the realities of the digital era.

Currently the protocol has its roots in a paper-based era, and is so complex and distorted that it no longer serves its primary goal: to share secrets with allies and safeguard them from those who intend to do us harm.

What makes the system so broken? To begin with, there are too many guides. Information Security Oversight Office found more than 3,000 classification guides in existence across U.S. government agencies, with more than 2,000 in the Defence Department.

Government personnel have to sift through this maze of guides to determine how to protect documents and emails. There are hundreds of compartments and sub-compartments that ultimately further confuse who can see what. For example, two individuals with top secret security clearance can see totally different information depending on what compartments they have access to.

If one was to underclassify a document, fairly obviously the danger is that an individual without the proper clearance would have access to information that they shouldn’t. But actually most of the mistakes that arise are due to overclassification – classifying documents at higher than necessary levels for too long a time.

This overclassification happens so often because there is significant incentive for intelligence professionals to do it. Overclassifying is close to the ‘better safe than sorry’ methodology. Underclassifying something can invite huge risks and consequences.

The negative effect of this is that the sharing of vital information is prevented, and transparency is blocked where it is needed to ensure accountability and lack of waste of taxpayer dollars.

Information sharing is essential to any good intelligence work, and overclassification could make that more difficult as it prevents a wider audience from seeing the whole picture and being able to connect the dots.

Unnecessarily withholding information from the American people also allows the government to hide itself from public scrutiny and even congressional and judicial oversight. Without appropriate classification, congressional overseers and the public cannot ensure America’s values are being upheld and their interests advanced.

$15 billion is the cost of security activities related to classification. Overclassified information is a substantial factor in the quintupling of the cost since 1996.

The need for reform

James R. Clapper Jr. – the Director of National Intelligence – deserves the credit for beginning to reform the system by initially asking to reduce the number of individuals who can classify information in the first place, and to increase the possibility for individuals to make discretionary declassification decisions. He also suggests creating a single classification guide and to eliminate markings that serve no meaningful purpose.

But, further progress is required.

Of course it is unlikely that the tendency to overclassify will ever be fully eliminated, but at least steps toward a more dynamic system are forming; hopefully the incoming administration will take note. At the core, government employees are dedicated and truly want to do the right thing, protect secrets.

But classification should be used to shield secrets, not bury them. 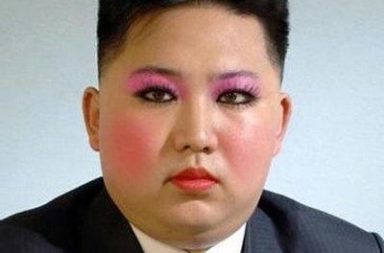 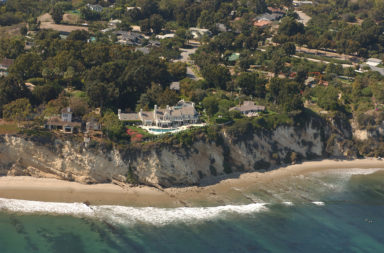 THE ‘STREISAND EFFECT’: THE 5 BIGGEST EXAMPLES!