My 100 Years - A Live-long Fight for Freedom and Peace

My 100 Years - A Live-long Fight for Freedom and Peace

My 100th birthday today reminds me of a live-long fight for freedom and peace as an American soldier and later diplomat.

In my  memoir, Smokey Joe and the General, I describe in detail the experiences that led me to pursue a career as an army officer and the years leading up to World War II, fighting for peace and freedom all my life.

Chief among these was attending the 1936 Berlin Olympics while studying in Poland under a Kociusczko Foundation Scholarship. At the Olympics I witnessed the harrowing spectacle of Nazi Germany’s extreme militarism and was persuaded World War II was imminent. This experience drove me to enter West Point in 1937 so that I could be trained for the war I was convinced was on the horizon.

Before returning to the United States, I had the rare privilege of meeting with Kemal Ataturk, the first president of Turkey. I was highly impressed with the great progress he made towards separating religion from the state, and modernizing Turkey.

Little did I know that the trend of separating church from state would reverse radically in 1979 when the Ayatollah Khomeini took control of Iran. Today, while the possibility of a world war is not on the horizon, there are numerous threats to global peace that have their roots in the reversal of this trend. In this article, I will reflect on my own experiences throughout my military service as an officer and civilian service as and ambassador, and offer some perspective to young military officers embarking on their careers.

Within months after graduating from West Point, the U.S was indeed at war when the Japanese attacked Pearl Harbor on 7 December 1941. My experiences in World War II, which include service in Africa and combat in Italy, are covered in Smokey Joe. The introduction of tanks and aircraft led to wars of maneuver known as Blitzkrieg, which differed from the trench warfare of World War I. After non-combat service in West Africa, I took part in nine Italian campaigns as the head of Engineer and Infantry battalions. 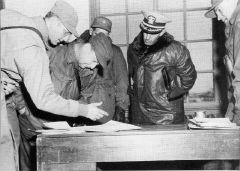 Scarcely four years after VJ Day, I was assigned to Gen. MacArthur’s planning staff in Tokyo. When the North Koreans invaded South Korea on June 25, 1950, Gen. MacArthur named me his official spokesman.

As the forces of the Republic of Korea were being driven into a perimeter around the southern port of Pusan I became one of the three planners of the Inchon invasion. The invasion was a brilliant success, and paved the way to a rapid recapture of Seoul. Among the other results of the invasion was the assurance that the Marine Corps, which had been scheduled for elimination in early 1950, would find a permanent role in the U.S. armed forces. 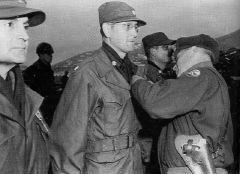 Following the invasion I was named an engineer of X Corps and elevated two grades to the rank of breveted brigadier general. I built the bridge across the Han River for the recapture of Seoul. In the fall of 1950, when X Corps was advancing to the Chinese border in the eastern part of Korea, the Chinese struck in force and surrounded the Marines and part of the 7th Army Division at the Chosin Reservoir. I dropped portions of a bridge by parachute near the Chosin Reservoir Dam which allowed the evacuation of surrounded U.S. Marine and Army forces across a chasm to the south. I was subsequently charged with evacuating U.S. troops and supplies from the Port of Hungnam. A part of this operation, known as Christmas Cargo, was the relocation to the south of 100,000 Koreans facing capture by the Chinese.

For the next 18 months I served as a X Corps G-4 (Logistical Officer), chief of staff of the 2nd Division, and a year as deputy and commander of the 38th infantry regiment. During this time the 38th Infantry fought see-saw battles which ended in peace talks along the 38th Parallel. During this time I witnessed Gen. MacArthur’s unfortunate criticisms of President Truman which led to his firing. In my memoir, I rank the three top officers for whom I worked personally. I put Gen. Marshall in first place because of his great professionalism, selfless attention to duty and impeccable integrity. Because of his poor judgment I rank Gen. MacArthur second. I declare this second place a tie with Gen. Eisenhower. While both MacArthur and Eisenhower exhibited great professionalism and high integrity, neither rose to the high degree of selfless duty exhibited by Gen. Marshall.

The proudest day of my military career was a capture of Hill 1243. As a result of laying down approximately six times the normal amount of rocket and mortar fire, we killed 200 North Koreans and did not suffer a single U.S. fatality. Later in my career I became the commanding general of the I U.S.-ROK Corps which defended the De-Militarized Zone.

This experience and subsequent visits to Korea have led me to speculate about the future of the peninsula, since a permanent peace treaty was never signed. My view is that North and South Korea will eventually be re-united, however this will not occur quickly or easily. The highly irrational leadership of North Korea will eventually implode. The Republic of Korea will then integrate the North Koreans in a slow and careful manner. They know full well that the economic integration of West and East Germany put severe financial stains on the West. While the disparity in GDP between West and East Germany was around 8-1, South Korea’s current per capital GDP is 18 times that of North Korea. The Republic of Korea will have to integrate the North judiciously so as to avoid a severe depression.

“My view of the Vietnam War was that the United States won the war militarily, but lost it politically.” 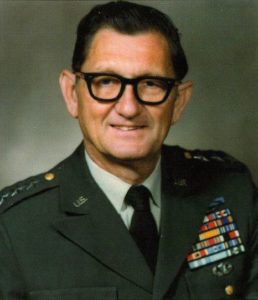 My career also included extensive service in Vietnam. In 1960 I was designated the director of tests for the Howze Board. This Board was charged with conducting a series of tests to determine whether armed helicopters had a role in modern warfare. The tests concluded that armed helicopters could play a useful role in all types of modern warfare, especially combating terrorists. As a result, I was designated the chief of the Army Concept Team in Vietnam (ACTIV). ACTIV, consisting of 25 Army officers and 25 civilian scientists, was sent to Vietnam to study under combat conditions whether armed helicopters were beneficial in searching out and destroying the Vietcong. Despite great difficulties imposed by the Air Force and Navy over roles and missions, the armed helicopter proved to be a highly cost-effective method of combating terrorists.

My view of the Vietnam War was that the United States won the war militarily, but lost it politically. Political differences at home and a highly active campaign in the media caused the U.S. to abandon the war effort prematurely during the Tet offensive. The one positive outcome of the Vietnam War was that the armed helicopter found its niche in the United States military inventory. Armed helicopters subsequently played decisive roles in the Persian Gulf War, and the invasions of Iraq and Afghanistan. 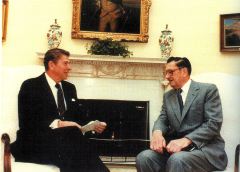 In 1979, after 38-year military career, I began a 12 year career as an arms controller. I was called upon to utilize political rather than military skills.

The Cold War became an exercise in balancing nuclear weapons and assuring that they would not be used since we had decided that a nuclear war could not be won and should never be fought. Working as President Reagan’s chief negotiator under the concept of “peace through strength,” the United States facilitated the implosion of the Soviet Union. Now, concerns about the control of nuclear arms by superpowers has been supplanted by the need to curb the nuclear ambitions of smaller nations. It is proving difficult to convince such states as Iran and North Korea that building arsenals of nuclear weapons is a losing proposition. 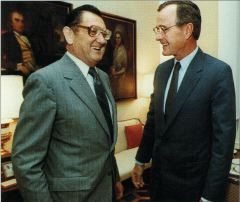 Today’s Army officer finds himself (or herself) in a radically different situation than the one I encountered. Instead of preparing to fight national armies, s/he must prepare to combat widely dispersed insurgencies on an asymmetrical battlefield. The armed forces of nation states have been supplanted largely by groups of radical terrorists such as ISIL. Today’s military officer is faced with the challenge of convincing Muslims that they are being misrepresented by the small percentage of violent radicals among them. This fight against radical terrorists, coupled with rapid advances in weaponry such as the use of drones and cyber warfare present today’s officers with unprecedented challenges. 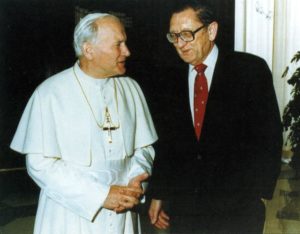 Eliminating militant fundamentalism will take a long time and must be accomplished by a basic change in the way religions such as Islam are interpreted. World Security Network and Globalo.com founder and president Dr Hubertus Hoffmann in his book„ Love is Tolerance- Tolerance is Love“  ( ISBN 978-3981830316; in German by Herder Verlag „Codes der Toleranz“, ISBN 978-3-451-33373-6, in Arabic  by www.alarabipublishing.com eg in Cairo, ISBN 978-977-319-201-3, and in Polish „Kody tolerancji“, ISBN 978-83-7342-506-4 with a preface by Arch Bishop Alfons Nossol from Opole) points out that militant Islamists have misinterpreted a handful of the Qur’an’s teachings to justify their violent actions, ignored the rest of the Qu’ran, and “turned Islam upside down” from a peaceful religion to an aggressive one. In addition to studying field manuals, which are updated gradually to reflect changes in the way we fight, I recommend that young officers study the useful insights in Hoffmann’s book. It contains important tools and methods for fighting militant fundamentalism.