Draghi's rate cut may really be the last time

Draghi's rate cut may really be the last time

Merkel’s hold on power looks in no immediate danger. In regional polls that displayed high turnout and widespread voting fragmentation, opponents of her refugee polices within her Christian Democratic Union did badly yesterday. Comforting the chancellor, the Social Democrat party – partners in Merkel’s Berlin coalition but preparing to campaign against her in the 2017 general elections – fared even worse.

Distracted by domestic problems, Merkel will be less able to press home German orthodoxy on European budgetary and macroeconomic policies. This may be a boon for anti-austerity governments across Europe, above all in Paris and Rome, but it undercuts her support from ordinary voters and Germany’s economic elites.

In Sunday’s polls, the AfD won 24% of the vote and came second, behind the CDU, in the depressed eastern region of Saxony-Anhalt, where the radical right has long been active. But it surpassed forecasts, too, in prosperous western Baden-Württemberg and Rhineland-Palatinate, gaining third place in each state with 15% and 13% respectively.

Under fire over her ‘open-door’ policy on immigration, Merkel will be aided by the latest deals with Turkey and restrictive migrant policies in more southerly states in Europe, blocking transit routes into Germany.

After Sunday’s signs of splintering and divisiveness, many will be citing W.B.Yeats’ well-quoted lines: ‘Things fall apart; the centre cannot hold; Mere anarchy is loosed upon the world.’

Leading ECB council members are putting pressure on Draghi to declare the ECB really has reached the bottom, by formally ruling out any further cuts in negative interest rates, now minus 0.4%. A Draghi statement along these lines at Thursday’s ECB press conference sent the euro higher against the dollar.

As long ago as September 2014, when the ECB reduced negative interest rates to minus 0.2%, Draghi ruled out further interest rate declines, saying, ‘Now we are at the lower bound.’ This time, with support fraying for both his policies and his protector Merkel, it really may be the last time.

David Marsh is Managing Director at OMFIF, where this article was first published. 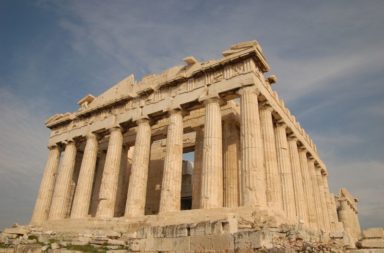