WHO WILL BE HILLARY'S VICE PRESIDENT?

WHO WILL BE HILLARY'S VICE PRESIDENT?

Insiders Say this person is a top contender.

Insiders Say this person is a top contender.

Elizabeth Warren, the Democratic Senator from Massachusetts, has gotten attention recently for her “tweetstorm” calling out Donald Trump. Her tirade against the wannabe tyrant began this month just after Trump became leader of the GOP.

Here are some samples of what she had to say about him:

.@realDonaldTrump: Your policies are dangerous. Your words are reckless. Your record is embarrassing. And your free ride is over.

Whatever @realDonaldTrump says, we won’t shut up. We won’t back down. This election is too important, & he won’t step foot in White House.

Here’s what else is real: @realDonaldTrump has built his campaign on racism, sexism, and xenophobia.

According to the Huffington Post, The Clinton campaign has taken notice of Warren lately.

And it’s no surprise, because her qualifications are undeniable. She is known for being an accomplished Senator, a professor at Harvard Law School, and one of Time Magazine’s 100 Most Influential People three times in the past decade. As an influential progressive figure, she was mentioned frequently as a potential 2016 presidential candidate herself, but she always said she had no intention of running.

What would be the advantages of putting Warren on the ticket?

Going up against the notoriously sexist Donald Trump, an all female ticket would be the most compelling way to stand up to his remarks. Warren is tough enough take on Trump directly.

We get it, @realDonaldTrump: When a woman stands up to you, you’re going to call her a basket case. Hormonal. Ugly. 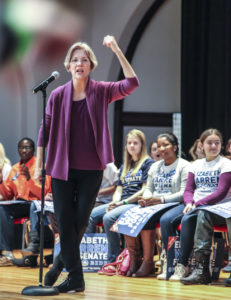 While some progressives are #BernieOrBust, having Warren on the Democratic ticket with Clinton would keep many Bernie supporters on board with the party. Clinton may be merely the lesser of two evils to many, but having a strong progressive aligned with Sanders’ position on many issues would make it easier to vote Democrat in the upcoming election. Additionally, with the email scandal looming, many Bernie fans would want to believe that should the Republicans go after Clinton, Warren would take the helm, which is not a bad thing to them.

A focus group comprised of independents and Republicans, run by Peter Hart of NBC and the Wall Street Journal in January 2015, showed that Warren has appeal outside her party–which could be key for capturing the votes of Republicans who are hesitant about Trump who wouldn’t be inclined to vote for Clinton otherwise.

When describing Warren, respondents were very positive relative to other potential candidates, and used words like “smart,” “sincere,” and “capable.” When describing the others, the descriptions were mostly negative: “liar,” “failure,” and “crook.”

Whether she becomes HRC’s VP or not, Warren isn’t planning on backing down from the fight against Trump any time soon.

I’m going to fight my heart out to make sure @realDonaldTrump’s toxic stew of hatred & insecurity never reaches the White House. 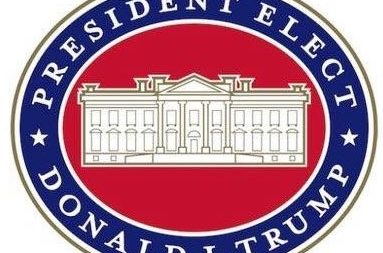