Is ISIS planning their next attacks in Europe? In Germany?

As Europe continues to reel from the terror attacks experienced in Brussels less than one week ago, it is of particular concern to security forces to now see ISIS launching calls for copycat attacks to be made.

Responding to the threat in March, one spokesperson for the Interior Ministry of North-Rhine Westphalia (the state to which Cologne and Bonn belong) briefed the media, “we take this propaganda of ISIS very seriously” thereby supporting the claims in local newspapers that investigators were evaluating the threat.

The images, circulated by Furat Media, include a picture of fighter jets with bloodied civilians, and one of the German chancellery buildings in Berlin in flames. 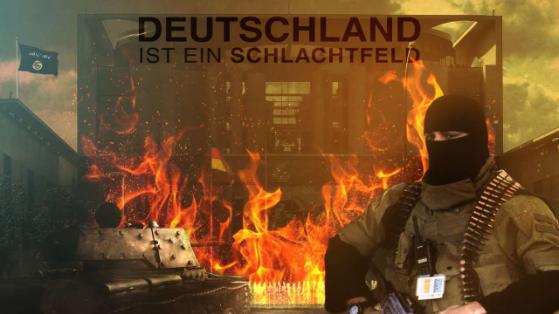 Meanwhile, representatives of the federal police authorities , the BKA, acknowledged, “we are aware of this material and our experts are checking it… It is clear that Germany is the focus of international terrorism and that attacks could happen, but this material doesn’t change our security assessment”. Adding to these concerns, the federal police chief Holger Muench recognized that the Brussels attacks had invigorated ISIS to continue with further “spectacular” attacks in Europe. Nevertheless, authorities remain steadfast that their security assessment for the region has remained unchanged.

These new threats follow on from recent efforts in Brussels, as the Islamist group seeks to form part of a broader regional destabilization effort. An American security official briefing the media recently confirmed that this was indeed an attempt by ISIS to demonstrate their ability to retaliate, following the arrest of one of its own.

The arrest of Salah Abdeslam preceded the attack in Brussels by only a number of days, supporting the theory that this most recent incidence of terrorist violence was brought forward once ISIS militants feared Mr Abdeslam to be cooperating with Belgian authorities.

However, another possible explanation for the renewed attention on the region is that as ISIS continues to suffer sustained attacks in battlefields across Syria and Iraq, and is now looking to renew support for its brand by encouraging public attacks from sympathizers. Indeed, the link between these two streams of activity appears clear, given that ISIS is focusing its attention on those countries currently supporting the US led air strikes against ISIS in the Middle East.