Why are 45.8 million people are entrenched in modern slavery?

Why are 45.8 million people are entrenched in modern slavery?

Think slavery is over? Think again.

The biggest contemporary example of modern day slavery: some laborers in Dubai, UAE, or Doha in Qatar are treated like slaves. Both governments are now improving the situation step by step. For too long many workers are brought in from South Asia, particularly India and Pakistan, and are hoarded together in rooms without proper kitchens or toilets. They had to give away their passport too and were not paid by some companies. Here’s the controversial video that revealed the shocking truth:

However, it’s not just Dubai.

According to studies conducted by the Global Slavery Index, 45.8 million people are entrenched in modern slavery across 167 countries, in 2016. While India has the greatest number, North Korea has the highest prevalence.

What causes slavery in the modern world?

While there are several cultural causes which fuel slavery, there’s a strong economic factor as well. Rapid technological and real estate development across Asia and the Middle East requires extensive, cheap labour. The easiest way to source this would be people from extreme poverty. They would be willing to trade their entire lives if it could buy them and their families some food.

In fact, the international sporting community was rocked by the claims of a prodigious, marathon-running toddler Budhia Singh in India. His coach pushed him to run 40 miles in the scorching heat, to create a world running record. The truth: when Budhia was about two years old, his mother sold him to a street peddler for the worth of $12 in rupees. She was extremely poor, and sold her son to work as a slave. Budhia was tortured by the peddler, and rescued by a coach Biranchi Das, who wanted to make him a great sportsperson. The dilemma: was Budhia being used in yet another form, due to his helplessness and poverty?

Interestingly, underprivileged women in Western India are offered lucrative payment for surrogacy. They are offered lodging in fertility clinics, where well-to-do couples hire their womb services in order to bear children through IVF. While the women take up the job as they feel it gives them income, it is unfortunate that it’s mostly poorer women that become surrogates. In fact, several human rights activists feel it’s a form of slavery, due to poverty.

Modern slavery is not the typical image of a worker toiling the day away. It occurs through various forms: poor men working in richer countries abroad in pathetic conditions, women being paid to become surrogate mothers, children being pushed to achieve sporting glory for their coaches, and prisoners assigned hard labour in prisons–which is usually justified as ‘punishment’ for their crimes.

Slavery is not yet completely eliminated, and it’s time for global leaders to take notice. 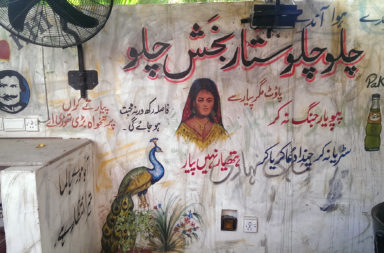