Brussels is under attack this morning. As of now, 31 people killed, 300+ injured

Zaventem airport was attacked this morning. The airport serves over 50,000 passengers per day.

After 9am there was another explosion at the Maalbeek metro station close to the EU headquarters in the center, which many officials and politicians use in the morning.

Islamic State (IS) militants have issued an official statement claiming the Brussels attacks, following up on an earlier report from the IS-affiliated A’maq news agency claiming responsibility on behalf of the group.

The branded statement, issued via IS’s official social media accounts, warned of worse to come for “Crusader states allied against the Islamic State”.

The statement said targets in the Belgian capital had been “carefully selected”, suggesting the attacks might have been centrally directed. The statement did not indicate how many IS operatives were involved. It claimed more than 40 people had been killed and over 210 injured.

Security is at its highest level, alert level 4. More terror is expected.

What does Alert level 4 mean?

Today shows total incompetence of the Belgium government and security forces. They knew that ISIS “was planing something big”, and there are several dangerous terrorists still at large looking for revenge, as GLOBALO reported recently, but did NOT increase the alert level, including at the airport. What a severe mistake. After the Paris attacks, the metro was shut and the alert level was raised to the highest level. Why wasn’t this done earlier?

This drama is to blame on the government of Belgium as for too long they let the capital and the area of Molenbeek develop into a safe-heaven for Islamic terrorists, in the heart of Europe and the capital of the European Union. Pure mismanagement by politicians in Belgium. Read more about this mismanagement and Brussels-Molenbeek here. While it is hard to stop attacks such as this, the government needs to coordinate better and deal with security in a much more serious manner.

Only last week top-Paris-ISIS-terrorist Salah Abdeslam was arrested. But two of his dangerous supporters could escape. Belgium security experts estimate there are more than 30 ISIS terrorists in a large cell in the country. It took the Belgians four months to find him after the Paris attacks in November 2015.

Some dramatic photos from the severe attacks. 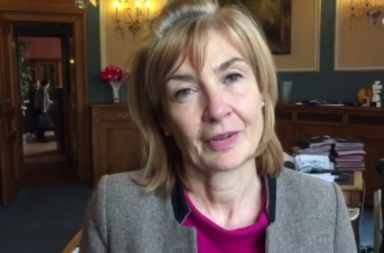