What does this influential media outlet mean for America, the constitution and the values of the country? 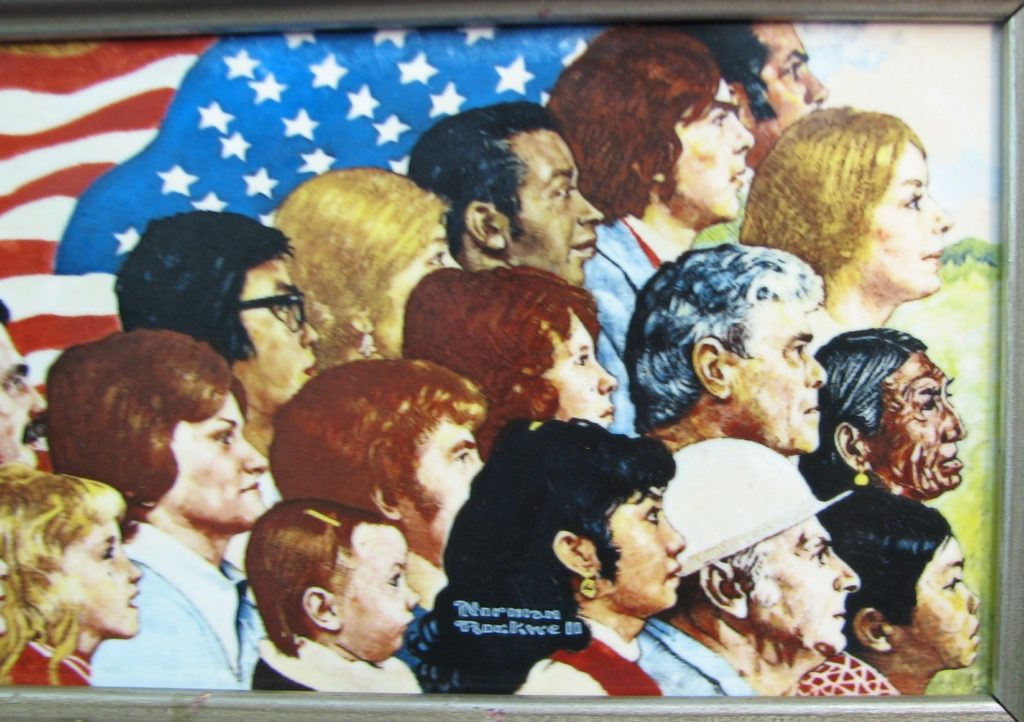 With both adopting similar scare tactics and shameless exploitation of their audience’s ignorance and prejudice, where will Fox News and its man Trump lead America?

First hitting the air in October 7, 1996 Fox News has been a self-described “counter-weight” to other left-leaning media outlets. Fox is certainly unique among cable news in its delivery.

Compared with traditional news outlets that maintain a measured and, some would say, journalistic attitude to reporting, the voice of Fox News is hysterical.

Interviews that descend into shouting matches, emotional speeches in favor of gun ownership and personal attacks on anyone Fox deems un-American form the backbone on a news channel that doesn’t challenge or inform its viewers but instead ruthlessly targets their fears and prejudices,taking every tactic associated with tabloid journalism and ramping it to 11.

All the trademark features of a Fox News interview can be seen in this next clip. Hounding guests to answer contentious questions like “Are the majority of Muslims terrorists – yes or no?”, stacking a ‘representative’ panel with right-leaning Republicans and token minority figures, it’s all there.

In Search of the No Spin Zone

Fair and Balanced, No Spin Zone , the slogans by which Fox News claims its neutrality, despite shady links with the GOP and open, unwavering support of very Republican candidate since its inception.

At the same time Fox News acknowledges that bias by defending it, pointing out that it alone stands up for right-wing ideals in a media landscape dominated by left-leaning news organisations, and Fox has a point.

“Of the 20 major media outlets studied, 18 scored left of center, with CBS’ “Evening News,” The New York Times and the Los Angeles Times ranking second, third and fourth most liberal behind the news pages of The Wall Street Journal.”

“Only Fox News’ “Special Report With Brit Hume” and The Washington Times scored right of the average U.S. voter” found a study from a UCLA study. 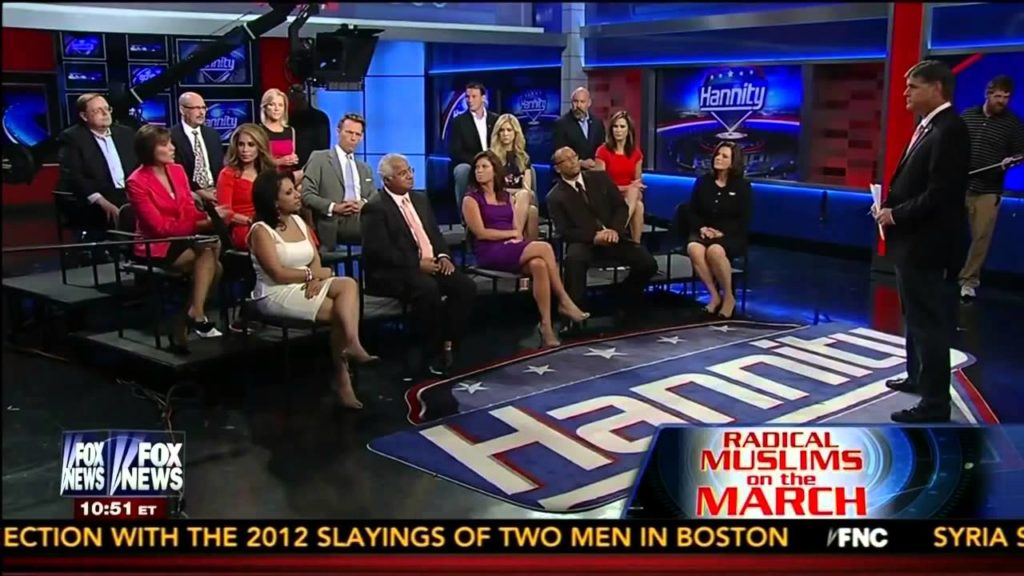 Would Donald Trump stand a chance without Fox?

Fox News founder Rupert Murdoch identified a huge gap in the cable news market and has been instrumental in developing the “news as entertainment” format that now dominates US TV.

But politics have also guided the business decisions at Fox with editorial policy dictated from above time and again to reflect Murdoch and recent top-level executives’ beliefs. Murdoch, a pro-Brexit, pro-Trump  Australian-born media mogul, has had a huge influence on US politics.

Usually acting as a hitman for the Republican party, they are a proven thorn in the side of every prominent Democrat politician in the modern era, leading the charge on the Birther movement for Obama, Benghazi and Hillary’s email scandal by way of relentless repetition.

They have no competition among their audience, so speculation can be reported as fact. Sound familiar? Enter Donald Trump…

Fox News and Trump – the chicken or the egg?

Donald Trump has been a regularly fixture on Fox for some time prior to his entering the race for the White House, and Fox remains his biggest supporter among traditional media outlets. Offering a  range of excuses for whichever scandal Trump seems to be embroiled in at any given time, they remain hostile and bullish when it comes to Hillary.

So would Donald Trump stand a chance without Fox? The similarities between the two are striking and their mutually beneficial relationship needs examination.

After all, they share an audience. The median age of the Fox’s audience is a remarkable 68 years old, an easy way for Donald Trump to reach a key demographic in which he enjoys most of his support.

However, the rise in interest in the election race has undeniably boosted Fox ratings. According to writer Gabriel Sherman, “the channel’s ratings dip whenever an anti-Trump segment airs. A Fox anchor told me that the message from (founder and chairman) Roger Ailes’ executives is they need to go easy on Trump.”

Currently number 1 in the primetime slot with 2.2 million viewers and very little competition with which audience members can cross check information and opinions, Fox and Trump are a match made in heaven. In an age of misinformation where one poll can be selected from 20 others to justify an election prediction, they both paint themselves as the only person you can trust in politics and news, respectively.

Studies show that Fox News viewers and Donald Trump voters remain uneducated on issues like global warming, the Iraq war and foreign policy. Both audiences are exploited over their fears over immigration and economic stagnation in rural America. 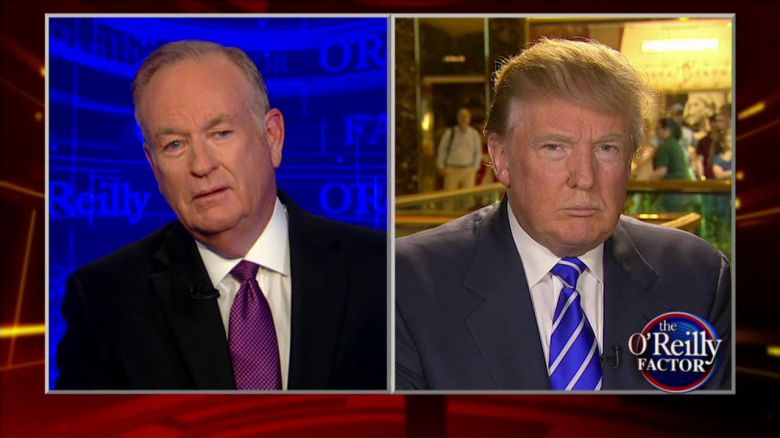 The genius of both Fox and Trump has been to play on misinformation.

Listen to us, because you can’t trust anyone else.

The genius of both Fox and Trump has been to play on misinformation, to make their audience distrust information from any other source, whether politicians, scientists or opinion polls. With this power they can push any idea, regardless of reality, into mainstream attention with very little pushback.

But it also helps foster a dangerous insularity, in part because of how well it works, that may not be sustainable for the future. Both walk a fine line when it comes to manipulation that makes it hard for them to do anything else. The post-election landscape will also look very different and Trump could find himself at the head of government that his support base trusts so little and with huge expectations.

Fox found itself embarrassed after predicting an easy Republican win back in 2012, it will hope this does not come to pass again in 2016.