The new horse of the establishment

While Globalo named Marco Rubio the most likely winner in the Republican primary already three months ago, it has taken his fellow candidates for the GOP nomination a bit longer to realize who they are really up against.

Spending two months playing defense against newcomer and star-populist Donald Trump, and even strange neurosurgeon Ben Carson, it has now become evident that Rubio is the man to beat. When you want to win the nomination.

Both Donald Trump and Ted Cruz, who took the two top spots in the Iowa caucus, have very few friends left within the GOP establishment.

Rubio’s strong finish as number three, just behind two virtually unelectable candidates, has now officially propelled him into the position of the front runner of the GOP establishment. This position was reserved for Jeb Bush, but lost due to his too low election results.

Now Chris Christie was on attack mode against Rubio. He is the only other establishment candidate left. He needs to reach a good result in the New Hampshire primary as a boost for his campaign. Or he is out of the race. Like Bush.

Here is what Christie had to say about Rubio, in a strange exchange of arguments:

The last debate of the Republican I-want-to-be-US-President-Candidates had little else to offer.

Ted Cruz faces a very different kind of electorate as he did  last week in Iowa. Frankly it seems unlikely that he can win any other but the most conservative states. Will his star-fame fade away soon?

Mr Trump had a decent night. He did show up and he is still likely to take New Hampshire. 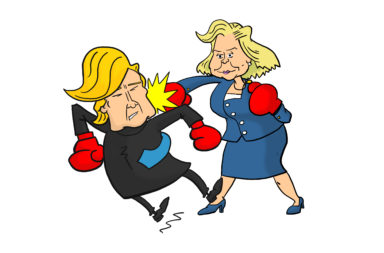 Trump Knocked Himself Out! His Worst Enemy is: Himself. 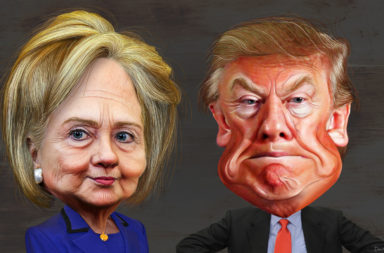 Trump or Clinton: Who Won the TV Debate? 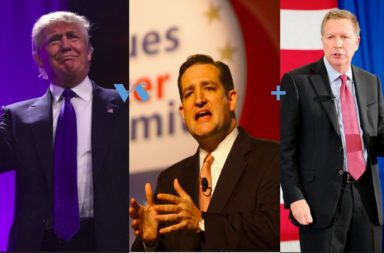