Do you know Why China Scraps "One-Child" Policy now?

Do you know Why China Scraps "One-Child" Policy now?

The Chinese Communist party is finally waking up to a stark reality: China may get old before it gets rich.

Facing a situation where the country’s working age population is falling, the government has now introduced a new policy that allows parents to have two children. There are still some requirements to be met for Chinese that want to have a second child, but the rules have now been relaxed considerably. 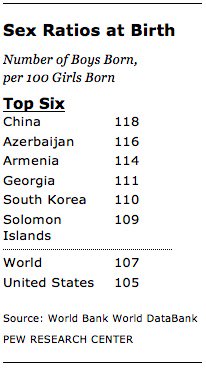 The likely  impact of the new policy is disputed among scientists. Many fear it might be too little to late and that it won’t change the basic dynamics of China’s demographic problem.

Ironically, many Chinese, especially those living in urban areas apparently are not to keen on having more kids. When the absolute ban on having  a second child was lifted for some specific groups earlier, only few of them opted to grow their families. Economic conditions, with rising property and food prices, make it hard for many to keep their standard of living while caring for more than one offspring.

Under the old policy, that strictly policed family planning, many Chinese were forced to abort unborn babies, there where even mandatory sterilizations.

Over past decades, many Chinese, having been raised in a culture that  traditionally values male offsprings more than female ones, opted to abort girls. As a result there were many more males born than females in the past 35 years, leading to a situation where many bachelors now can’t find wives.