How D-Day was Nearly Bungled by a Domestic Row

How D-Day was Nearly Bungled by a Domestic Row

Juan Pujol Garcia, a Spaniard working for MI5 under the codename Garbo had tricked his German spymasters that he was running a network of agents within Britain. He relayed to the Germans that the D-Day landings would take place at Pas de Calais, rather than Normandy.

His wife, Araceli Gonzalez de Pujol was so homesick that she threatened to go to the Spanish embassy and expose his work so that she could return to Spain, reveal the MI5 files now transferred to the UK National Archives at Kew.

The couple and their young son had been placed in an MI5 safe house where reportedly Gonzalez not only had been struggling to cope with the pressures of living a double life, but had also become increasingly lonely, and increasingly loathsome of the bad English weather. A common complaint, coupled with her distaste for English food, complaining that there was “too much macaroni, too many potatoes, not enough fish”, led to her threat to tell all about her husband.

The cunning plan to neutralize this

Not only did agent Garbo deceive the Nazis by pretending to provide credible information, but he also tricked his wife into keeping quiet. Garbo’s case officer came up with the idea to tell his wife that he had been sacked, but fearing this was not enough, a cunning plan was devised.

Because Mrs Pujol would not be allowed to return to Spain, the plan was to convince her that her outburst had led to him being arrested. She was then taken blindfolded to visit him, in a detention camp, after which she was convinced of the need to support his undercover work..

“He reminded her that he had no time to waste with tiresome people and that if her name was ever mentioned to him again, he would simply direct that she should be locked up,” Garbos’ MI5 case officer Tomas Harris noted. “She returned home very chastened to await husband’s arrival.”

As well as informing his German spymasters that the main thrust of the allied attacks on D-day would be at Pas de Calais, Garbo persuaded them that preparations were being made for an invasion of Norway.

Juan Pujol was one of the few who volunteered his services to the MI5, and has since been hailed as one of the most important spies of all time.

The Abwehr gave Pujol the codename Arabel and never did discover he was a double agent: they were so pleased with his reports that they awarded him the Iron Cross Second Class.

After the war he was also made a member of the Order of the British Empire.

He travelled to Angola with the help of MI5 he, where he faked his own death from malaria – before settling in Venezuela, where he ran a bookshop.

However, his marriage to Gonzalez did not last. Garbo remarried and had three more children. He died in 1988. 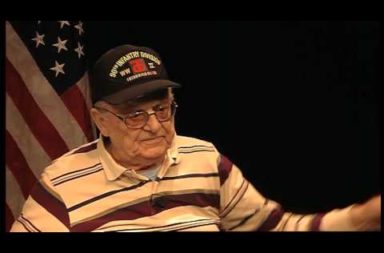