Is it over for Rand Paul?

Is it over for Rand Paul?

Asked a question about the Trans-Pacific Partnership (TPP) at one of the Republican debates, Donald Trump launched into a tirade about China’s currency manipulation. At the end of which Senator Rand Paul (R-Kentucky) jumped in to point out that Trump’s tirade aside, China was not a party to the TPP. Paul’s biting comment became the most “TiVo”-ed moment of the debate according to the digital recording device company.

Senator Paul is currently polling at 2% in the national polls of likely Republican primary voters, and the latest poll from New Hampshire has him garnering around 5% among likely voters.

Rand Paul sees his campaign as an effort to capture the Republican Party nomination by winning over a coalition of libertarians and young republicans who are less conservative on social issues. Despite its missionary zeal, his campaign has failed to distinguish itself in a crowded field. Rather than bend his positions to attract voters like other candidates, Paul seeks to convert people to his libertarian views.  Which is why the Republican debates are so important to his campaign, as they allow him the opportunity to appeal for policies like reduced drug sentencing, views that are outside the Republican mainstreams.

Paul, like his father is well known for his critical stance regarding the Federal Reserve. In a TIME Magazine op-ed titled, “The Fed is Crippling America,” which he wrote together with Mark Spitznagel, chief investment officer of Universa Investments,  he discussed his legislation to mandate a full audit on the Federal Reserve. Paul is convinced that the Fed’s balance sheet of $2.5 trillion is a ticking timebomb. He fears that rising  rates, could bankrupt the Institution:

“Clearly, the country needs to understand fully the extent of the Fed’s balance sheet: what it holds and from whom it was acquired, as well as all of the Fed’s other activities and conceivably even more dangerous shenanigans afoot.
We can’t really know what we don’t know until we look. We owe it to the next generation to take a long, hard look through a full and independent audit of the Fed.”

So far Rand Paul has failed to make that case to the voters in his debate experiences. In the first two debates in August and September, Paul clashed repeatedly with Governor Chris Christie of New Jersey. A poll conducted by Gravis Marketing after the second debate found that 32 percent of those polled thought Rand Paul was the biggest loser of the debate.

In the most recent debate held in Milwaukee on November 10th, Chris Christie’s low performance in national polls resulted in him being barred from participating. As a result Paul fared far better, finishing a respectable fourth.

According to a Drudge Report poll, 4% of those poll said he won the debate. He followed Senator Marco Rubio (R-Florida) in third place (11%), and Senator Ted Cruz (R-Texas) in second place (22%). Donald Trump however, was perceived as the clear winner by 54% of the polls votes. Paul’s number seem impressive given he received only (9:03) minutes of speaking time, less than any other candidate.

In addition to his comment regarding the TPP, Paul also engaged in a memorable exchange with Marco Rubio when he criticized his fellow senator’s financial plan. Rubio lashed out and called Rand a committed “isolationist”. Paul’s foreign policy views have been described as “Neo-isolationist” because he has used his debate appearances to call for, among other things, more involvement of America’s Arab allies in the fight against Da’esh and for his tacit acceptance of the Iran nuclear deal.

Alberto Arellano, a likely Republican voter who works for a New York based image consultancy, believes in part that Rand’s looks are hurting his candidacy. “He is too influenced by his father on defence issues and has a hair style that’s not very presidential. It looks like there is a dying plant on his head”. A retired former Republican mayor of a small town in California’s Central Coast agrees: “Rand Paul needs to get a haircut before he does anything for me.” He commented after watching Rand Paul debate.

Paul’s hair style has become a topic of discussion for political pundits as well. A writer at the women’s magazine the Bustle described it as a “Ramen Noodle-esque curly top.” While CNN called it “impressive” for “a 52-year-old man to have a full head of hair”. Yet in order to revive his dropping poll numbers, Paul might need a haircut.

Rand Paul’s inability to learn that appearance is everything is one of the oldest lessons of presidential debates. During the 1960 Presidential campaign, Vice President Richard Nixon and Senator John F. Kennedy engaged in the first presidential debate in the history of the United States.

The conditions surrounding Richard Nixon’s appearance are now legendary. He had refused make-up before the debate and appeared unshaven. He had campaigned until just hours before the debate, hoping his experience as a seasoned debater would see him through. He had also painfully banged his knee on a car door just prior to the debate and was still getting over a recent illness. As a result, Richard Nixon appeared tired and haggard against the fresh faced Senator Kennedy of Massachusetts in front of the 70 million Americans who tuned in. His mother called after the debate to ask if he was sick.

The visual contrast between the young Kennedy and Nixon was seen as decisive. A majority of those who listened on the radio felt that Nixon won the debate. Nixon looked better in the follow-up debates but, it didn’t matter and Kennedy captured the White House in one of the closest elections in U.S history. The lesson was not lost on Richard Nixon when he ran for the presidency 8 years later he would describe his 1960 loss with the following quip “I didn’t pass the Electoral College, I flunked debate.”  A May 1968 cover of Esquire showed Nixon, eyes closed, getting his nose powered with the headline “Last Chance”.

Part of Rand Paul’s hair problem stems from the fact that he cuts his own hair. He reportedly told one interviewer “I am my own barber. In fact, I cut my own hair on my wedding day, which is evident in our wedding photos.” Kelly Paul, the candidates wife has noted that “It’s not necessarily that he doesn’t like to get his hair cut, it’s just he’s kind of impatient for things like that.” Paul apparently uses a mirror and scissors to trim his locks.

The issue of hair politics has raised its head in other ways during this campaign season. Donald Trump has had to repeatedly dodge issues on the campaign trail that he wears a toupee. At one campaign stop he called a woman from the audience in to inspect his hair. The democrats have also had to with Bernie Sanders wild hair sparking several memes from his supporters. While Hilary Clinton has been reluctant to offer full transparency about her emails, she has freely admitted that she dyes her hair “’I’ve been colouring my hair for years”. Both Democratic candidates may have learned from the example of John Edwards. In 2004, the Senator from North Carolina’s presidential campaign was derailed in part due to the scandal around his $400 dollar haircuts.

Last week, Rand Paul challenged Bernie Sanders to a one-on-one on debate on the nature of capitalism vs. socialism. Bernie Sanders who honeymooned in the Soviet Union is a dedicated socialist while Paul is a Friedrich Hayek reading free-market libertarian. Democratic Party rules will likely prevent Sanders from taking him up on the debate offer. Regardless, Rand Paul is currently scheduled to appear in the next Republican debate to take place on December 15th in Las Vegas. While it is good to see that Rand Paul practices the fiscal conservatism he preaches before his next debate appearance he might want to consider a trip to the hair-stylist. 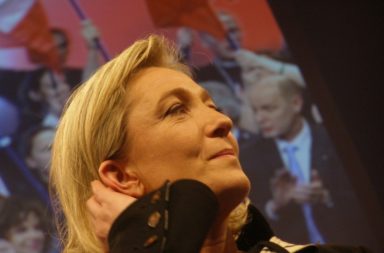 France Worried Russia Could Influence Their Elections Too