There have been many words and more feelings about obscenity.

Mayor Bill de Blasio wants to put an end to toplessness of Women on Times Square in New York City, particularly performers posing topless in order to solicit tips from tourists. He calls it “wrong”, vowing to go forth in an “aggressive” manner. One should hope de Blasio knows precisely about the sort of action he is resorting to, should he follow through on his pledge.

Belief systems in our society, however they may be held, give insight to the inner convictions and moral outlook of individuals calling out actions as obscene. This particular wording is commonly called upon whenever emotional situations are deemed especially repugnant or distasteful by persons, from simple acts undermining common trust to actions condemned as toxic to the wellbeing of general human interaction. The question that must be asked, therefore, in order to deeply understand values upheld, is where the boundaries between acceptable conduct and objectionable interaction between citizens lie.

Toplessness is essentially allowed in the United States, with a few, legally doubtful regulations affecting this. This hasn’t stopped police from regularly arresting topless women on grounds of “harassment”.

We must acknowledge de Blasio’s dilemma in this situation.

He must appease those viewing female nudity with strong feelings, protect the women led towards this type of work, uphold New York’s reputation and protect its positions on civil liberty. It is essentially, a question of morality, especially with respect to the concept of sexism.

Sexism and women’s issues should and will always be part of debate on this topic, but are especially difficult to cover in one particular way with this situation. While generally there should be no differentiation between any citizen’s rights, the issue of protection should be key. Are women pressured into offering their bodies as scenery or is it an informed, personal decision? Are women merely “standing there” or are they, as is implied, actively harassing tourists? Sexual harassment, of course, is no laughing matter. Can our highly sexualized society be progressive enough to understand the non-sexuality of mere nudity? Or is it in this case impossible to make that distinction because pf the sexual nature in which the women present themselves?

I can, of course, not provide easy answers for this avalanche of questions rising up. What I can and will do, nonetheless, is make a case.

I strongly believe our society is strong enough to uphold its values of personal liberty, and refuse to acknowledge these events as worthy of unrefined regulation. Banning people from exercising rights they are naturally entitled to should never be part of the agenda.

How could it possibly be acceptable for men to pose in out-of-the-normal costumes while women are shunned for displaying their bodies? Bodies are natural, and I refuse to believe the most natural of things can be considered obscene.

One argument will be “family values”, a term coined by those afraid of liberalism’s implications on their antique mindset: Is it acceptable for children, young men and women, to be shown nudity in public?

I want to answer this question with a vehement counter-question: How would it be acceptable for children not to be exposed to nudity? The simple naked body should never be seen as ground for shame, even less as ground for “obscenity”.

I do not wish, however, to see this discussion in a one-sided manner. Reservations held by the mayor are understandable, especially when one tries to walk in his shoes. Furthermore, I agree completely that, in cases where actual sexual harassment or exploitation is constituted, decisive action must be taken.

What I do wish to do is to make a case for a more liberal handling of the situation.

This topic is similar to the debate on prostitution: protection vs. self-determination, offense vs. liberty. But these debates cannot be seen as equal – prostitution does not affect the rights of women on open streets to the same extent that regulation on public nudity does.

One particular example I want to put forward shows a certain two-sidedness in moral opinion. The “Naked Cowboy”, also a performer on Times Square, has been active in a way that could be considered sexual since 1999. Many see him as gimmicky, pictures are taken, laughs exchanged, similar to the women active as street performers.

So where is the difference? Or, to come back to the hypothetical question posed at the beginning of this article, where is the fine line drawn that leaves male nudity in the area of humor while banishing female nudity to the realm of obscenity?

The answer I have in mind dissatisfies me, but I must voice it. I strongly believe it has its roots in male dominance of public opinion and government. We must be sure to protect women from illegal arrangements putting their safety and good judgment at risk, but this can be done without endangering the very fabric of our mutual acceptance, without blazing the trail for society to eventually consider female nudity an inherently sexual matter. It can never be.

Concluding my argumentation, I truly hope Mr. de Blasio considers these aspects and refrains from using repression to deal with this fundamental problem. Some might think this small or irrelevant, but I assure you, small changes make big waves, especially when furthering female nudity’s association with obscenity and immorality. 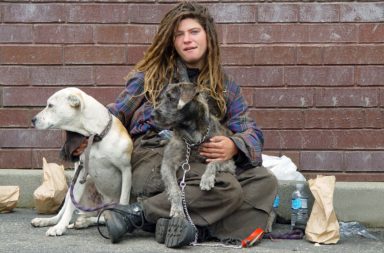