The US Department of Defense has made history, nominating General Lori Robinson to lead the US Northern Command becoming the first ever female to lead a combatant command in the US armed forces, subject to Senate confirmation.

Secretary of Defense Ash Carter praised Gen Robinson, saying that “she has very deep operational experience.” He added “General Robinson, it just so happens, would be the first-ever female combatant commander. That shows yet another thing – which is that we have, coming along now, a lot of female officers who are exceptionally strong. And Lori certainly fits into that category.”

United States Northern Command is primarily targeted with securing and overseeing the North American airspace. The Command was launched one year after the 9/11 terrorist attacks. The position involves a wide mandate, ranging from Mexico and the Caribbean to Alaska.

Gen Robinson is currently Commander of Pacific Air Forces. She joined the US military in 1981 through the Reserve Officer’s Training Corps’. As a real renaissance woman, she holds a bachelor degree in English and two Master’s degrees: one in Education Leadership and Management, from Troy State University and the second in National Security and Strategic Studies from the College of Naval Command and Staff. In the Air Force, she served as an Air Battle Manager including positions varying from Chief of Tactics to Commander of Control Operations. Since 1982 she has held 27 different positions in the Air Force. Other assignments include a fellowship at the Brookings Institute in Washington as well as working in the Pentagon as Director of the Secretary of the Air Force. She is the recipient of 8 major awards and decorations, including the Distinguished Service Medal and the Legion of Merit. 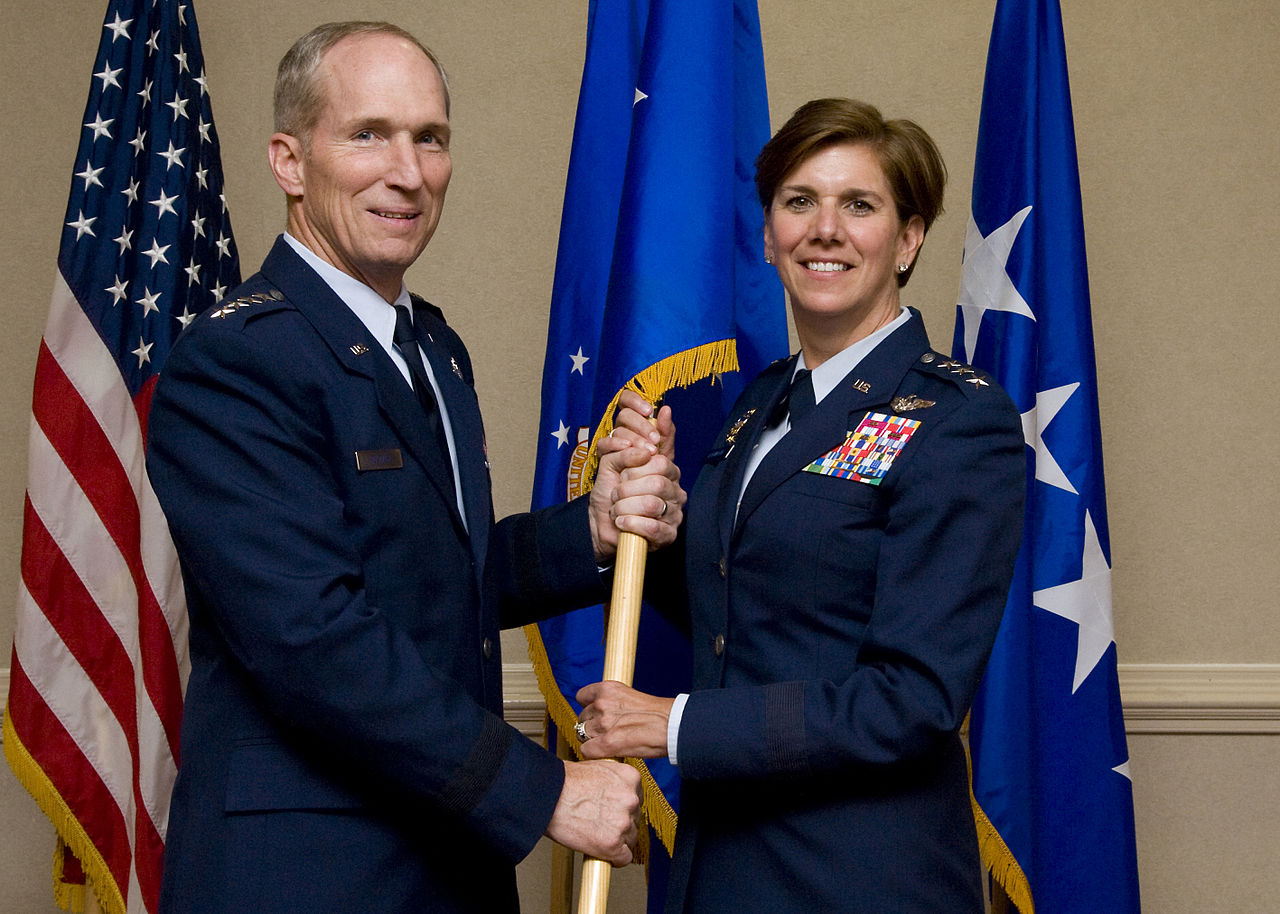 Lori Robinson previously made history as the first Air Battle Manager and first woman to be assigned the position of brigadier general, at the time when she was stationed at Tinker, Oklahoma. She then went on to become the first female four-star commander of combat forces in 2014 when she was appointed commanding general of the Pacific Air forces in Hawaii.

She comes from a family with a distinct sense of duty and involvement in the military. Her husband, Major General David A.Robinson served as mobilisation assistant to the Chief of The Air Force Reserve. Their daughter, Second Lieutenant Taryn Ashley was severely injured when her plane crashed during an exercise conducted in 2005. Her flight instructor was killed during the accident.

It is perhaps no surprise that the first female four star general hails from the Air Force. This branch of the US military has historically been the most open to women, unlike the Navy Corps and the Army.

Last summer, the Pentagon was embroiled in a fiasco which resulted from a study designed to help evaluate whether the Marine Corps should open its remaining military occupational specialities to women. The study compared how ground combat units that included a representative sample of women would perform relative to all-male units. It’s findings pointed to the fact that units with women did in fact perform below average in most exercises, however the validity of the study was questioned and rejected on the grounds that the women volunteering for the study were not screened for the positions in which the study tested them.

This nomination comes at the same time as a wave of the US military attempting to offer equal opportunities to women. In January 2013, the DoD dropped the “1994 Directive Ground Combat Definition and Assignment Rule,” which in practice removed most of the remaining barriers to the integration of women into all military and occupational specialities and career fields within the US military. Since 2013, the Military has opened over 111,000 positions to women. In December 2015, the US Secretary of Defense Ash Carter determined that no exceptions are warranted to the full implementation of the dropped 1994 Directive. He said “Anyone, who can meet operationally relevant and gender neutral standards. Regardless of gender, should have the opportunity to serve in any position.”

According to the Pentagon, today there are about 203,000 women or 14.5% of the active-duty force in the US military. President Obama’s terms have overseen a liberalization of the military in moral regards and issues where it has been seen as the stronghold of conservatism. The other hotly debated issue when it comes to freedom to serve was in relation to LGBT people in uniform. Military policy and legislation had previously entirely prohibited gay individuals from serving, followed by the don’t ask don’t tell policy which allowed them to serve but not openly. This was repealed and ended in 2011 after the US congress voted to drop the policy.

These developments help not only modernise the spirit of the military and make it more representative of the society that it pledges to defend, but also has rewards in terms of increased meritocracy.

As Ash Carter put it in his speech after opening up all combat roles in the US military to women in December: “America’s force of the future requires the broadest possible pool of talent”.