The Real Reasons Why People Are Voting Trump

The Real Reasons Why People Are Voting Trump

From tax reform to "PC" culture, why are millions of people voting Trump?

From tax reform to "PC" culture, why are millions of people voting Trump?

The media has been telling you that Donald Trump is bad, and that he will destroy America. They say that he hates babies and pick apart his every mistake, publishing story after story about what he says, and only publishing a few stories about Hillary’s email scandals.

But why do so many support Trump? Here are the top 12 reasons:

Trump represents the frustration of the middle class in America. 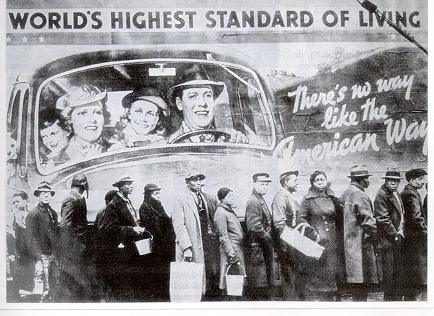 Let’s take a journey back to the 1950s, where middle class Americans had the ability to achieve the American Dream of a house with a picket fence, 2 kids, 2 cars and a dog. This was the perfect slice of Americana, and what made America great was that anyone could achieve this slice of Americana. You could graduate High School, find a decent blue-collar job, and work at the same company for 30 years and retire on a nice pension. This was the dream for everyone back then, and that dream is now dead.

Slowly, globalization began to take effect, and companies found that they could reduce cost and raise profits by moving simple tasks like manufacturing overseas, in particular to China. This was the cause of the American dream drying up. Now, factories lay dormant and abandoned. The once great city of Flint, Michigan is now a decrepit mess where you cant even drink the water.

Trump is promising a return to this utopia. He promises to bring jobs back to America, and advocates protecting the American economy from the threat of globalization, and “getting tough on China”.


Because F#@k The Establishment

People are tired of the established career politicians doing nothing but talking and getting paid. Campaign finance is a huge point of contention in this election, as Hillary represents the corporate shill in the current political race. Trump is his own man, beholden to no one, not even his own Party. This movement speaks to the American people, just as Bernie Sanders’ movement did, but on the other side of the political spectrum.

The American people have lost faith in their leaders’ honesty, and they think voting Trump would be a giant middle finger to the career politicians.

A Need to “Stir Things Up”

Republicans are very unhappy with the direction their party has been going in recent years. The party is fractured, split between evangelical social conservatives and fiscal conservatives. The party spends every primary pandering to the evangelicals, and then spends the whole election backpedaling to attract the socially liberal crowd. Trump is a clear sign to the Party that their voters are fed up with this dynamic, and hopefully this is a kick in the pants to the GOP to change it’s strategy.

Trump represents a return to the old ways when you could call your friends “retarded” without being scolded by a stranger. Now, people can’t even say the “r-word”. Trump is a return to the days where Americans didn’t have to worry about offending other people and always being politically correct.

Trump gets attacked in the media all the time for his comments. From Megyn Kelly, to the latest “threat” against Clinton, Trump speaks off the cuff, and sometimes gets himself into trouble. But Trump supporters believe that this lack of a filter means that Trump will lead to an era of better transparency in The White House.

Trump Is A Dealmaker

Trump is an international businessman, with business ventures all over the world. Trump is known to be a tough negotiator (sometimes too tough), but Trump supporters feel that America has been losing in their trade deals. Trump promises to be “tough on China,” which is an enemy of blue-collar America.

A lot of middle class America is fed up with America’s immigration issues. Jobs are being taken, and no one in Washington does anything. They don’t sanction the companies employing illegal immigrants. They don’t do anything at all, except talk about letting more people in. While the wall may not be a good solution, it is at least something.

He plans to lower taxes across the board, while ensuring that the mega-rich actually pay their fair share. He wants to reduce the corporate tax rate in the US, and tax the money that American Corporations bring back from overseas. He plans to eliminate income tax for those who are in the lower economic bracket. This plan seems to the Trump supporters a solid financial plan.

He Speaks For Me

Trump supporters feel that the country’s attention has been on minorities and the poor, and white middle-class Americans have been ignored. Trump seems to speak for these people, who are an overwhelming part of his supporters.


Some People Just Want To Watch The World Burn

This is another reason that people state for voting Trump. Just like reality TV, people can’t look away from a train wreck. That is how they see the Trump presidency, as something that would be amusing, to say the least. They see Trump as “not the president we need, he’s the president we deserve” according to Redditor pacawac.

He Is The Least Bad Option

This is another common one, where people may not entirely agree with him, but they think he is the lesser of two evils. They look at Trump and see a man with flaws, obviously, but he hasn’t done anything wrong. Meanwhile, Hillary is smiling as she got away with mishandling classified information, which is an actual crime. They see Trump as imperfect, but Hillary is a possible criminal, so Trump represents the better choice. As reddit user DTIMWYTIM said, “I can’t endorse a statist like Trump, but if you held a gun to my head & made me choose between him & Hillary, or any of the professional liars known as ‘politicians’ who have been nominees the establishment parties in my life, I’d choose Trump.”

Is your reason for voting Trump missing? Head on over to our facebook page, and tell us your reason in the comments!