The Federal Reserve has been under pressure from the public because of the way it handled the financial crisis, which caused its balance sheet to grow five times larger than pre-crisis levels. This has people worried, but Ben Bernanke says it might not be such a bad thing, “Overall, I think the FOMC’s plan to return to a pre-2008 balance sheet and the associated operating framework needs more thought.”

Ben Bernanke is famous for his two terms as Chairman of the Federal Reserve (“The Fed”) from 2006 to 2014. People hung on his every word during the financial crisis, and President Obama credited him with steering the country away from another Great Depression in 2008. Bernanke is now an economist at the Brookings Institute, and he wrote a blog post on their website after he attended the Fed’s most recent annual gathering in Jackson Hole, Wyoming explaining why it’s not the size of that balance sheet that controls the risk, it’s the mix of assets held in the balance sheet.

Bernanke was the one who introduced the quantitative easing policies that led to the balance sheet getting so large, and he thinks that it may not make sense to shrink the balance sheet now. Here’s why: a big balance sheet is good for enhancing financial stability and can giving the Fed the power to be the “lender of last resort” during times of financial crisis. He said, “We’ve learned a lot about both areas since the crisis, and some important arguments have emerged for keeping the balance sheet larger than in the past. Maybe this is one of those cases where you can’t go home again.”

In spite of these benefits to stability, the Fed thinks the balance sheet is still too large and might cause vulnerability anyway. In less than 10 years, it has gone from $900 million to $4.5 billion. The US’ central bank has $2.5 trillion in Treasury securities and $1.7 trillion in government guaranteed mortgage-backed securities still, despite sticking to Bernanke’s policy of lessening asset purchases.

In any case, the reason it is a concern isn’t because of concerns over long term stability. It’s because the balance sheet influences short term interest rates. Bernanke said, “The debate at Jackson Hole was about which ‘package’ makes more sense: (1) the pre-2008 system that includes a relatively small balance sheet and the management of the funds rate through operations that vary the supply of bank reserves; or (2) the current system that includes a large balance sheet and the setting of the IOER and the interest rate on RRPs to establish the fed funds rate.” The current Chairwoman of the Fed, Janet Yellen has said she will try to return to the smaller balance sheet, but Bernanke thinks “the answer is not clear cut.”

It’s not the size of that balance sheet that controls the risk, it’s the mix of assets held in the balance sheet. 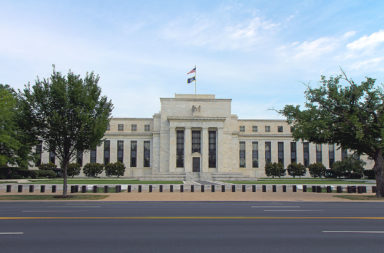 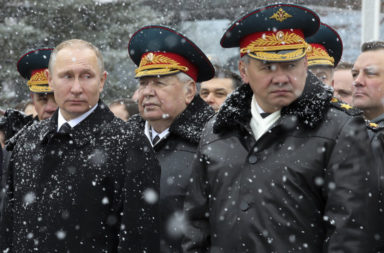