How can you maintain a lower middle class lifestyle in the United States? You go into debt.

How can you maintain a lower middle class lifestyle in the United States? You go into debt. 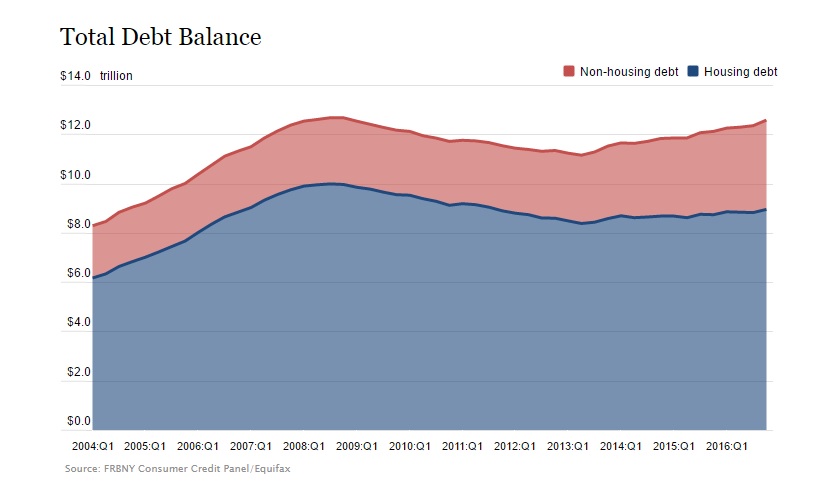 Swimming Against The Current

A report by the Federal Reserve Bank’s Center for Microeconomic Data paints a worrying picture of the rising consumer  debts accumulated by US citizens in 2016 and one that carries severe warnings for the future prospects of an economy relying on spending of a population drowning in credit card, automobile and student repayment schemes.

Anybody else looking up consumer debt levels and student loan default rates because maybe dying of a heart attack would be fine?

… but what do these numbers mean in real terms and how are economic trends impacting 320 million Americans?

A House To Call Your Own?

Interestingly, mortgages and credit card debt are actually lower than the 2008 peak as the young American workforce becomes a generation of renters.

Both the 2008 housing collapse and an aging population have motivated more people to rent, driving down mortgage debt.

The trend could well continue if an aging population stays in their home, continuing to lower the outstanding mortgage, while banks continue to require more money upfront for financing schemes.

Much more concerning to the future stability of the US and world economy is the increase in debt driven by higher cost student loans and car loans specifically.

What factors have contributed to those student loans being as high as they are? Are they low enough interest that people are keeping them longer?

"We're probably paying $3,500 a month." Student debt is for mom and dad, too.
Retweet #StudentDebtStory if you're a parent with student debt pic.twitter.com/OB7yBk3BW9

More people are going to college than ever before which naturally means there will be more student loan debt.

In an age where a degree is often a necessity for even entry-level employment, colleges are charging more and increasing student debt levels to new highs.

A side effect of the 2008 housing crash saw more people go to college to retrain and skill up as jobs became less numerous and harder to get.

As for car loan debt, cars are simply getting more expensive and the loan terms are longer, often pushing buyers into 5-7 year repayment schemes that expand the scope of debt repayments.

Will Any Bubbles Burst This Time?

$4.1 trillion of economic activity was taken from our future to spend on our past – attempting to spur economic growth in a plan that will eventually stall as people reach their limit and consumer spending drops.

Its actually bit worse because of interest. The money that would have gone to a variety of businesses for goods and services and feeding back in to both the economy and the banks has been removed as the cost of doing something yesterday instead of today.

40 years of wage stagnation and rising costs in education, medical and housing mean that maintaining a middle class lifestyle in modern America requires debt, and an increasing amount of it.

However, this does not necessarily mean that an incoming market crash on the levels of 2008, the dotcom bubble or even the Wall Street crash is likely to occur in the next few years.

It is possible, certainly, but a more likely scenario will be a long-lasting slowdown of the economy.

In short, people are in debt for longer. The long term effects on consumer spending will likely decide the future of the US economy and the direction of financial strategy for quite some time. 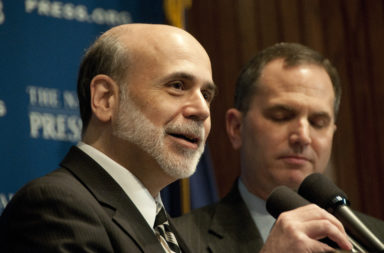