3 REASONS WHY CAMERON MAY BE BLAMED FOR EUROPE’S DISINTEGRATION

3 REASONS WHY CAMERON MAY BE BLAMED FOR EUROPE’S DISINTEGRATION

Has Britain's PM helped strengthen the forces of fragmentation?

Has Britain's PM helped strengthen the forces of fragmentation?

No European leader has ever even attempted to mimic the rhetoric of John F. Kennedy in his January 1961 inauguration address. There is no way any European government chief could say: ‘And so, my fellow Europeans – ask not what Europe can do for you, ask what you can do for Europe.’

In the ensuing three years, Cameron’s address has taken on a deeper resonance. Partly for reasons that are not of the British prime minister’s making, it could mark the descent of a permanent black cloud over Europe.

What started off largely as a domestic political device to defuse dissent over Europe within his Conservative party has become a major source of division with and within the rest of Europe, with large implications for international security policies as well as the health of the global economy. The decision over a British exit could be the major political event of 2016.

Whatever the outcome, Cameron may be seen by historians as having helped strengthen the forces of fragmentation seemingly sweeping inexorably across the Old Continent.

Three developments are responsible for the transformation.

In 2013, by agreeing to Conservative demands for an EU plebiscite, but clothing his call for EU reform with generally pro-European rhetoric, the prime minister appeared to achieve the difficult feat of neutralising his domestic adversaries and simultaneously stretching out a constructive hand towards fellow European leaders. At the time, framing proposals for a more efficient, flexible and competitive Europe appeared an act of statesmanship.

Three years later, perspectives have become a lot bleaker. Whatever the result of the vote, Cameron may not succeed in cauterising persistent wounds over Europe in his own party. Furthermore, win or lose, in or out, Mr Cameron could be saddled, somewhat unfairly, with the historical blame for promoting the progressive disintegration of a continent that once set its seal on unity but now seems destined for dissection and divisiveness. 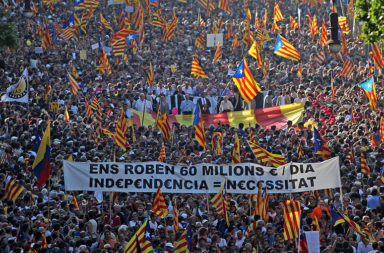