It is believed that he died under mysterious circumstances, though Russian President Vladimir Putin made no real mention of it when he offered condolences, calling him “an experienced and competent commander, a man of great courage, a true patriot.”

Sergun’s death was announced on January 4th on state-run news agency The Kremlin’s website, claiming he suffered a “sudden death” with no details or explanation provided.

Russia’s GRU is a secretive military intelligence service, which is also believed to be involved in the eastern Ukraine tensions. In fact, the EU claimed that the head of GRU, Gen. Sergun was “responsible for the activity of GRU officers in eastern Ukraine”. Sergun was nominated as GRU chief in 2011 and according to Western experts, GRU spearheaded the annexation of Crimea and the pro-Russian insurgency in eastern Ukraine. However, Moscow has been strongly denying the involvement of any regular Russian troops in the Ukraine crisis. However, last month President Putin made an intriguing statement, as he claimed that certain Russian people could be “carrying out certain tasks including in the military sphere”. This has set many tongues wagging.

Michael Kofman, a Russian analyst most recently with the Wilson Center’s Kennan Institute in Washington claimed that the sanctions imposed on Sergun were “good Western recognition for the role of GRU in this conflict.” However, as Russia has been denying any involvement in the Ukraine crisis, and as the Western world increasingly recognised Gen. Sergun as the face of Russia’s entanglement  in Ukraine, is it possible that Sergun was eliminated to end Russia’s risk of being exposed.

Sergun’s death coincides at this period when covert, paramilitary, and espionage agencies in Russia have taken on the important role of executing crucial policy decisions under Putin, who was himself a former chief of the lead domestic spy agency, the Federal Security Service (FSB).

Mark Galeotti, a New York University professor said in a tribute, “Sergun was an extremely important figure in the revival of the fortunes of the GRU, an agency that was pretty much at rock bottom when he took it over at the end of 2011.”

Mr Sutyagin, of the Royal United Services Institute, believes that the GRU went ‘too far’ in Ukraine, as he believed that “The FSB method is to have things done for them by others, GRU is not afraid to get its hands dirty.” Could this be the reason behind Gen Sergun’s mysterious death? Did he have to pay the price for GRU’s involvement in the Ukraine crisis? Although there is no concrete evidence, which could support this idea, it is interesting to note the power tensions between GRU and others in power.

According to Mr Sutyagin, President Putin did not really want eastern Ukraine to break away from the rest of Ukraine. The plan was to use the region as a pressure valve, to exert influence on the Kiev government. He also eerily said, “The process of isolating eastern Ukraine had to be stopped at a certain point – so the GRU’s time has passed. Now it is time for FSB-style plotting again.” Did Sergun get caught in the crossfire, as there was a clash of military opinion amongst important Russian political power groups?

Ironically, it was exactly a year ago in March 2015, that Vladimir Putin formally began the process of returning Crimea, announcing on a TV show that he had ordered work on “returning Crimea” to begin at an all-night meeting on 22 February.

This clearly displays a lack of clarity of Russia’s true position in the Ukraine crisis, and with the death of GRU’s chief Gen. Sergun, things seem to have gotten even murkier. Though there is no real evidence to prove Gen. Sergun was murdered, there is substantial information which suggests that it is a case that should be thoroughly investigated.

The Keys To Putin’s Strategy For European Influence 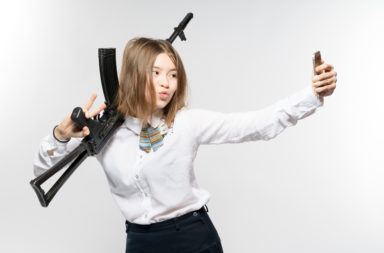 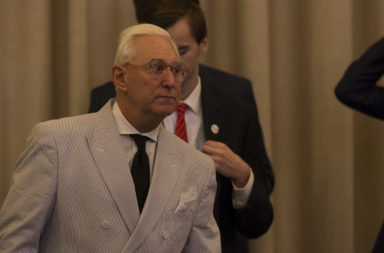