WHY THE BLUE ECONOMY IS THE NEW GREEN IN TAIWAN

WHY THE BLUE ECONOMY IS THE NEW GREEN IN TAIWAN

Green and Blue: The Colors of the Future
Color-coding in the environmental discourse can be quite confusing, partly because it is applied on ecosystems, infrastructure, services, economies, and other subjects. It would be easy to infer that for ecosystems ‘green’ refers to the terrestrial ecosystem and ‘blue’ pertains to the marine ecosphere. However, the green economy is not necessarily limited to the land surface as just as the blue economy is not confined into the marine environs. In fact, these two flexible umbrella concepts are inclusive and predicated upon the realization that humans possess kinship with the natural world and the resilience of both the marine and the terrestrial environments should be integrated into a comprehensive economic paradigm holding the key to sustainable development.
The traditional approach to sustainable development remains the basis of the green economy which many have begun to see as a “landlocked vision that looked from land to the ocean space as if it were an endless horizon” unheeding that land and ocean are recursively interconnected. Thus, a new vision – called ‘blue economy’ – postulating that the global economy must be seen as an integrated whole has been elaborated. In the words of Gunter Pauli, “Blue Economy means a further development of the Green Economy. Instead of calling it Green 2.0 the term refers to the color of sky, the ocean and the Gaia seen from the universe.” In 1994 Pauli was asked by the United Nations to reflect on the business models of the future. He then formulated an economic philosophy and design theory bringing natural ecosystems and economy into harmony.
The blue economy is emerging saliently in the international debate on economic development and sustainability. As distinct from the blue-water economy, the blue economy encompasses in it the ‘green economy’, with focus on the environment, and the ‘ocean economy’ or ‘coastal economy’, with its emphasis on complementarities among coastal and island states for sustenance and sustainable development. It can be defined as marine-based economic development that leads to improved human wellbeing and social equity, while significantly reducing environmental risks and ecological scarcities.
The rise to prominence of the blue economy should not come as a surprise. 80 percent of all life on the planet is found in the sea. The ocean provides a global life support system that helps regulate climate and supplies half of the planet’s oxygen needed for one in every two breaths that we take. Fish contributes 17 percent of the animal protein consumed by the world’s population and thus is a critical source of food security, with demand expected to double in the next twenty years. The ocean is thus rapidly becoming a new focal point in the debate on growth and sustainable development. In the Twenty-first Century, both at domestic and international levels, the world is in many ways at a turning point in setting its economic priorities in the ocean. 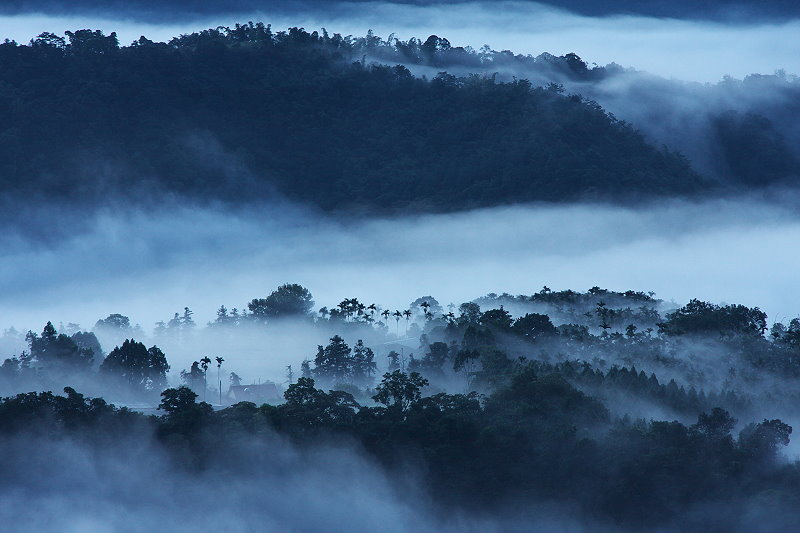 Taiwan: the Green/Blue Island
In Taiwan, green and blue are usually identified as colors of political affiliation. However, over the last decade they have been increasingly acquiring an economic connotation reflecting the island’s orientation toward sustainability. Even though it belongs to an economic development pattern based on high resource consumption, Taiwan is becoming a ‘green island’ because its government and sectors of the industry and civil society are adopting Green New Deal policies, practices and foresight in order to stimulate the economy by being environmentally smart.
For example, Taiwan is attempting to implement the concept of a green economy through a Low Carbon Growth Plan (LCGP), fostering innovation in cleaner technologies and products and services that reduce environmental risk and minimize pollution and resource use, and promoting green awareness and lifestyle. Taipei hosting the Eco-Products International Fair (EPIF) for the first time in March 2014 and the anti-nuclear movement in Taiwan, once a fringe movement, going mainstream can both be seen as green epiphanies.
In response to the Lima Call for Climate Action of the United Nations Framework Convention on Climate Change (UNFCCC), in 2015 Taiwan has published its Intended Nationally Determined Contribution (INDC) that aims to achieve a 50 percent reduction in greenhouse gas emissions by 2030, which is equivalent to a 20 percent reduction from the 2005 level. Notably, Taiwan’s green technology competitiveness is ranked second to Japan in Asia and sixth in the world and according to the Taiwan External Trade Development Council (TAITRA), Taiwan’s green trade exports accounted for 13.5 percent of total exports in 2012, which is equivalent to US$40.5 billion. Thus, Taiwan is not only an ‘island of green in Asia’ implementing an array of eco-friendly initiatives, but also a ‘green technology island’.
Taiwan is also becoming a seaward looking society tapping into the possibilities that the ocean and the Green/Blue Economy can offer. Being an island, Taiwan is surrounded by sea and has six times as much maritime territory as land, and plentiful marine resources. A blue thread links (the-then) Taiwanese Vice-President Annette Lu’s 2005 call for “more oceanic thinking” and “building a ‘blue civilization’” among the twenty-six democratic countries adjacent to the Pacific Ocean” to President Ma Ying-jeou’s 2008 ocean policy entitled “Blue Revolution, Invigorating the Country through Oceans” and the November 2014 “Climate Change: Impacts and Prospects for Blue Economy” symposium held at the Taiwan Economic and Cultural Office (TECO) in New York. Furthermore, the Democratic Progressive Party (DPP), which is going to rule Taiwan over the next four years, traditionally upholds the environmental cause and promotes transformative environmental initiatives.
Together with other eighteen APEC member economies, at the end of the August 2014 Blue Economy Forum in Xiamen (China) Taiwan has co-issued the Xiamen Ocean Declaration stressing that all economies should establish a new international marine partnership through Asia Pacific regional cooperation and the recognizing potential linkages between blue economy, sustainable development and economic growth. The blue economy is also becoming instrumental to cross-Taiwan-Strait relations and confidence building. In 2012 the Chinese province of Fujian and Taiwan inaugurated a Blue Economy cooperation strategy which includes the construction of the Fujian-Taiwan Blue Economic Industrial Park.
Given Taiwan’s industrial potency, it is natural that the island’s blue economy approach is informed by Gunter Pauli’s vision of mode-of-production innovation: fostering entrepreneurship to create sustainability and developing new business models and economic development that emulate natural systems in order to dramatically increase humanity’s capacity to respond to the basic needs of all. However, it is in Taiwan’s interest to develop the second aspect of the blue economy: a blue-conscious oceanicity. This would promote an insular-centred identity ‘disimperializing’ and ‘decontinentalizing’ Taiwan’s self and external perceptions and, at the same time, usher the island in a new economic paradigm. In this ‘world of islands’, Taiwan would not be an island at the periphery of a mainland, but in a synergistic relationship with it as part of a wide Pacific-centric archipelagic network in constant flux. As argued by Lee Wu-chung, the Blue Economy is a “way to a new Formosa.” 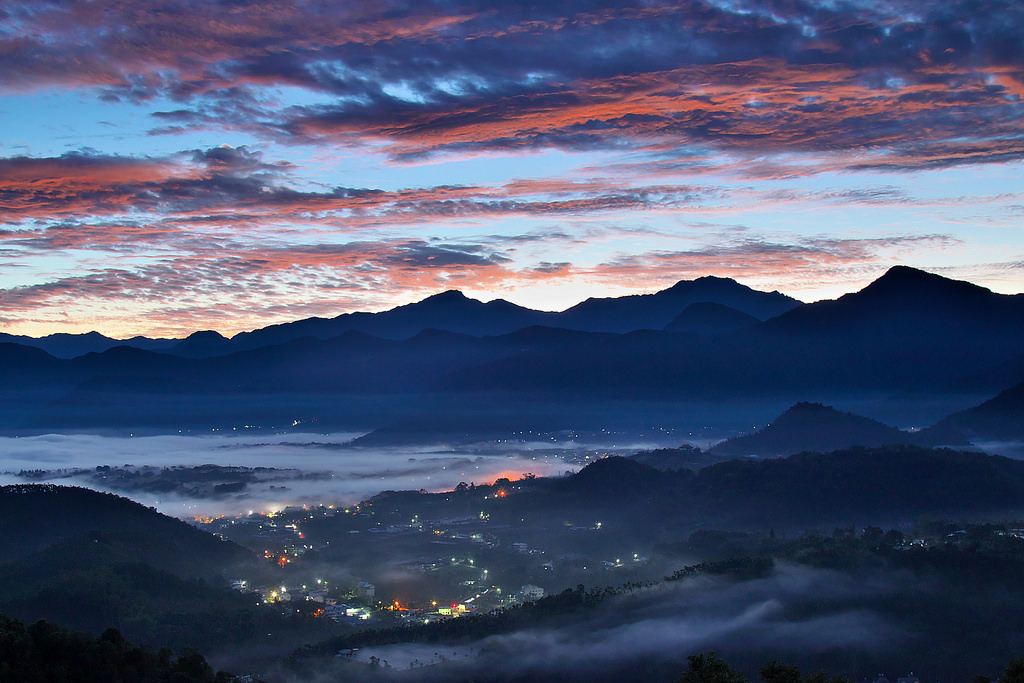 Joining the Archipelago
In order to become a beacon of blue civilization and prove to the world the inherent value of its nation society and culture, Taiwan should start from ‘its own’ ocean: the Pacific, and its PSIDS (Pacific Small Island Developing States) partners. Taipei has a long history of contributing to the Pacific region’s development and providing humanitarian assistance on a bilateral basis to its Pacific Island diplomatic allies and fellow oceanic democracies. The International Cooperation and Development Fund of Taiwan (TaiwanICDF) – Taipei’s dedicated international development and cooperation organization – is very active in the region, where Taipei entertains official relations with six states: Kiribati, the Marshall Islands, Nauru, Palau, the Solomon Islands and Tuvalu. Taiwan uses its aid policy as a means to raise its international profile through promoting itself as a humanitarian power and aims to further its access to the natural resources of the area, and Taiwanese officials say that Taipei’s assistance to the Pacific now “is about sharing economic prosperity and providing practical help to countries in renewable energy, vocational training, medical assistance and protecting the region’s tuna stocks.” In fact, The South Pacific is one of Taiwan’s major fishing grounds and being a main fishery stakeholder has provided Taipei with an opportunity to be involved in regional fishing management frameworks and project a responsible fishing entity image.
Undoubtedly, the green economy agenda formulation and implementation enhances Taiwan visibility in the international community (which is crucial to its own national survival). However, in order to be perceived and recognized as an ‘ocean nation’ and a large Pacific Island state capable and willing to assist the PSIDS when it comes to build an economy that is ocean based in climate change times, Taiwan should widen the chromatic spectrum of its own possibilities and ‘go blue’ as well by creating synergies with the PSIDS for the sake of blue/green sustainability, as recommended by the September 2014 Penghu Declaration, issued at the 13th Islands of the World Conference of the International Small Islands Studies Association (ISISA) held in Taiwan’s Penghu archipelago. Ideally, the Taiwan-PSIDS Green/Blue Economy partnership would represent a breakthrough of the traditional ocean economy, focusing on the integration of sea and land and coordination of the ocean’s economic, social and ecological aspects and developing innovation capabilities.