YOU WONT BELIEVE THE NAME OF THIS LAW SCHOOL!

YOU WONT BELIEVE THE NAME OF THIS LAW SCHOOL!

How did the administration not notice this one?

How did the administration not notice this one?

George Mason University had to change the name of their law school (again) after a blunder about the name.

After Supreme Court Justice Antonin Scalia passed away in February, the law school at George Mason University received a donation of $30 million to change the name of the school in  honor of the late Justice Scalia.

They released the name “Antonin Scalia School of Law“, and immediately the name was met with ridicule from the community. Why? It had nothing to do with Scalia’s conservativism, or his political views at all. The ridicule was about the abbreviation.

The abbreviation of the school: ASSoL.

Following this revelation, the school quickly reacted to adjust the name. “Under the terms of the anonymous gift, we are authorized to use a variety of different names. The name initially announced – The Antonin Scalia School of Law – has caused some acronym controversy on social media. The Antonin Scalia Law School is a logical substitute” Dean Henry Butler said in an email to students. He also mentions where the money came from: $10 million from the Charles Koch Foundation, contingent on raising $20 million more, which was provided by an anonymous donor.

It is apparent that the administration did not do adequate consultation, as over 100 staff and faculty signed an open letter of outrage against the change. The faculty is not outraged about the acronym, but about naming the school for Justice Scalia, as he was a very strict constitutionalist and staunch conservative, and the faculty letter said, “This multimillion dollar gift arrives at a moment of acute financial hardship at Mason, following years of declining state support. However, the values that Scalia affirmed from the bench do not reflect the values of our campus community. Further, the renaming decision was made without regard for faculty, staff, and student input and consent.”

The name change is a good one, and it is quite funny that things like this can still happen. Sometimes there are major oversights, and social media helped resolve this one before it became an issue.

Now the graduates will list ASLS on their resume, which is better than calling themselves an ASSoL. Or is it? 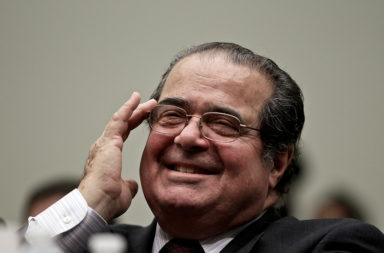