What This Judge Did is Unbelievable

What This Judge Did is Unbelievable

A Judge resigned over horrible allegations

A Judge resigned over horrible allegations

In a frightful incident, a judge has been forced to resign due to horrifying images found on his  computer, which could overturn dozens of cases.

The reason: around 4,500 nude photos of defendants have allegedly been found on the judge’s computer.

“They all depict young men, many naked, who are in various poses inside the judge’s home and outside in his yard,” stated a report by the Judicial Discipline & Disability Commission. Additionally he has been accused of handcuffing a defendant and using a paddle on others, doing this in exchange for reducing their sentences.

This is indeed one of the strangest incidents of sexual harassment recorded in the modern world.  We hear of women being harassed sexually at the workplace, where they can raise voices and fight for justice. Here, there is a clear distinction between the image of the ‘criminal’ and ‘victim’ of the event.

However, when a judge offers an accused criminal to trade sexual harassment for a less harsh punishment, it gets confusing. Will the ones suffering sexual harassment ever stand up for their rights? Or do they see themselves as wrongful criminals already, who cannot seek justice with the same law system that condemned them in the first place?

This is indeed quite a delicate situation and Judge Boeckmann manipulated the guilt of defendants in order to get away with crime himself. According to a report by the state’s Judicial Discipline & Disability Commission, Judge Boeckmann offered male defendants a hand-written note in court with his phone number on it instructing them that they could perform a “community service” at his house as part of a “substitutionary” sentence.

Initially, the tainted judge tried to justify his activity, trying to explain that the pictures were in order to “to corroborate participation in community service.” This is even more ridiculous. It goes to show that the Boeckmann did not really feel any remorse for how he misused his powerful profession, but also possibly thought he could get away with it.  Fortunately, his dastardly act was caught by the authorities, who have explained Boeckmann’s appalling strategy of abuse in gory detail.

To quote the exact words of the Commission’s report:

“”In addition to the illegal sentences, Boeckmann has used his judicial status to form relationships, personal and sexual, with certain male litigants. Boeckmann has allowed certain male litigants to linger after court and receive instructions on where and how these “substitutionary sentences” shall be conducted. Court staff received little to no information regarding when or how these sentences are completed. Boeckmann has contacted male litigants on their personal telephones, or has given his personal telephone numbers, and requested they contact him to present their “trash pick up” requirements at either his office or his home. Upon the litigant presenting himself to Boeckmann’s home or office, he then solicited sexual relations with these young men in exchange for reductions of or dismissals of their court fines and costs.”

This information has been passed on to legal prosecutors.  Members of the public have raised an important question – is it enough for the tainted judge to resign? Shouldn’t he be convicted and jailed by the very same legal system?

Boeckmann’s crime is greatly disturbing because it affected various groups: 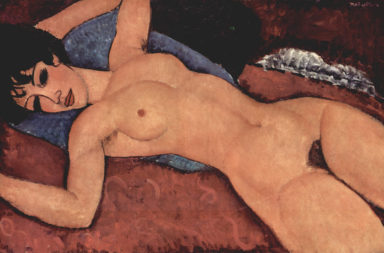