His Coup after the Coup: Erdogan Ends Democracy in Turkey

His Coup after the Coup: Erdogan Ends Democracy in Turkey

The people of Turkey, including all parties, blocked the military coup in the street and the media, only to realize hours later, there is another coup against democracy.

How was it possible nobody in the strict MIT secret service and no pro-Erdogan officer heared anything about the planing of the coup with 6000 soldiers involved?

Now the final blow to end democratic Turkey forever and the old structure set up by its state founder Atatürk.

One should not forget that 43 percent of the Turks voted against Erdogan November 1st, 2015 for other parties and he only enjoys a majority plus 7 percent in the national parliament. But he always wanted to become the powerful leader as president with no limitations.

Europe now has three dictators: The two known old in Belarus and Russia, and a new one in Turkey (a part of Istanbul is in Europe).

Even NATO has a dictator in the club of democracies, in control of the second largest military in the alliance.

The coup after the coup was “a gift of God” (president Erdogan) to purify the military, the judiciary, the media, the public in general from all “poison, terrorists, virus, cancer metastasis, parallel structures and shadow networks” (Erdogan), who do no bow to him and his Islamic AK party.

He is the new austere Atatürk, father of the Turks, to please.

Don’t even dare to say anything negative about him, or you will be jailed.

In the past the military killed democracy, now the elected president.

He now can make his clan and loyal friends super rich and even start a dynasty with his family. No fear of any prosecutors or penalties by independent judges any more, just a card blanche for Sultan Erdogan.

To understand why, you only have to look into his bombastic palace and the Sultan style he loves: bigger than the Buckingham Palace and a golden throne like the former Shah of Persia. 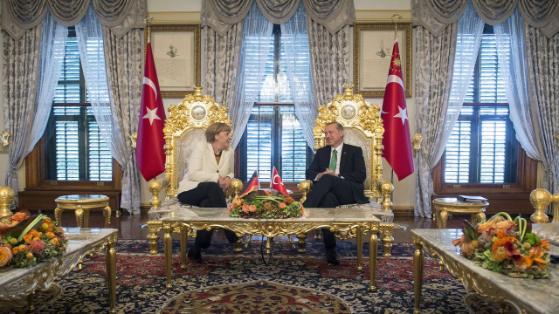 The military coup in Turkey over the weekend was a vicious and violent conflict, yet both sides claimed that they were motivated by democracy. As the events have come to a close, we are all left wondering who was right.

Early on in the coup that occurred on Friday night, the breakaway members of the military announced that they were establishing a “Peace Council” in order to bring democracy and human rights back to the people of Turkey. Yet hours later, Erdogan went on camera and said that he was the democratically elected leader, and overthrowing him was an affront to democracy. So we ended up with a coup, with both sides fighting for the same thing: democracy.

Erdogan has urged his supporters to take to the streets in celebration, but really as a show of the influence that Erdogan still wields.

Additionally, Erdogan has decided that a US based cleric, Fethullah Gulen, was responsible for this coup, and has urged the United States to extradite him. This is based on no evidence what-so-ever, as Gulen came out and denounced the coup, however he has continued his calls for democracy in the country, as he lives in self-imposed exile in Pennsylvania.

A History of Coups

Turkey is no stranger to military coups,as this was the fourth one to happen since 1960. Turkish democracy, a creation implemented by the great Mustafa Kemal Ataturk, was primarily cared for by the military, who would intervene when it saw the country slipping away from democracy. This happened successfully in 1960, 1971, and 1980. For some reason, democracy doesn’t come easy to Turkey, and the military is always there to push back. What happened this time was different, because it is the first time that a leader had such an impassioned following, that the people actively defeated the coup. Erdogan has done so much for the people of Turkey, building the economy, and developing the middle class, that he is a hero to millions. Yet the other side passionately despises him. He is a man who inspires people, for good or bad, and that is what ultimately saved him in this latest coup attempt.

Good Men Do Nothing

Perhaps the most disappointing aspect of all this is that world leaders all did nothing. While the world has been noticing Erdogan move away from democracy and closer toward a dictatorship, the leaders of the world squandered this opportunity and did nothing. President Obama, the leader of the nation that preaches democracy, actually defended Erdogan, a man who three months ago said that democracy and freedom have “absolutely no value” in a modern Turkey. A man who imprisoned a doctor over a tweet, and wants academics and journalists to be classified as “terrorists”. This is who Obama defended. In fact, Obama simply remained silent on the issue, offering his “unwavering support for the democratically-elected civilian Government of Turkey”.

This was perhaps the best opportunity to return Turkey on a path to true democracy, but it was squandered. This comes at an incredibly inconvenient time, as Turkey is a critical ally in the EU’s refugee crisis, as well as US led air strikes on ISIS (which are launched from an Air Force base in Turkey) and the NATO bloc’s fight against Russia.Wen it comes down to it, Obama has shown us that stability and convenience is more important than real democracy. That is the thought that will run through the minds of the coup organizers, who will likely be put to death for this. 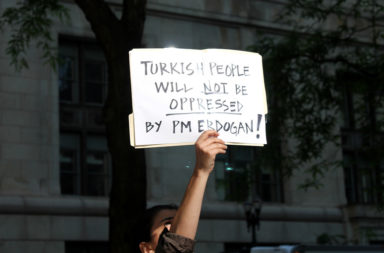