@FRANCISCUS ON INSTAGRAM - AND THE POPE IN YOUR MOBILE

@FRANCISCUS ON INSTAGRAM - AND THE POPE IN YOUR MOBILE

When Pope Francis Instagram CEO Kevin Systrom (photo below) at the Vatican just a month ago, he decides to join the hip social media platform as well. Systrom wrote in the caption of his post: “Today I had the honor of meeting Pope Francis. We spoke about the power of images to unite people across different cultures and languages. It was by far one of the most memorable experiences of my life!” 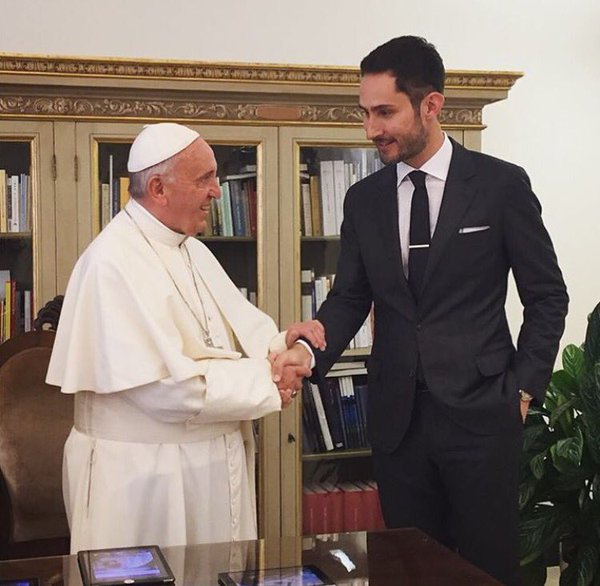 On Twitter the popular Pope has no less than 25 million followers in nine languages.Twitter released a limited edition of Pope emojis during the his visit to the United States.

Pope Francis is the Hippest Pontiff Ever. 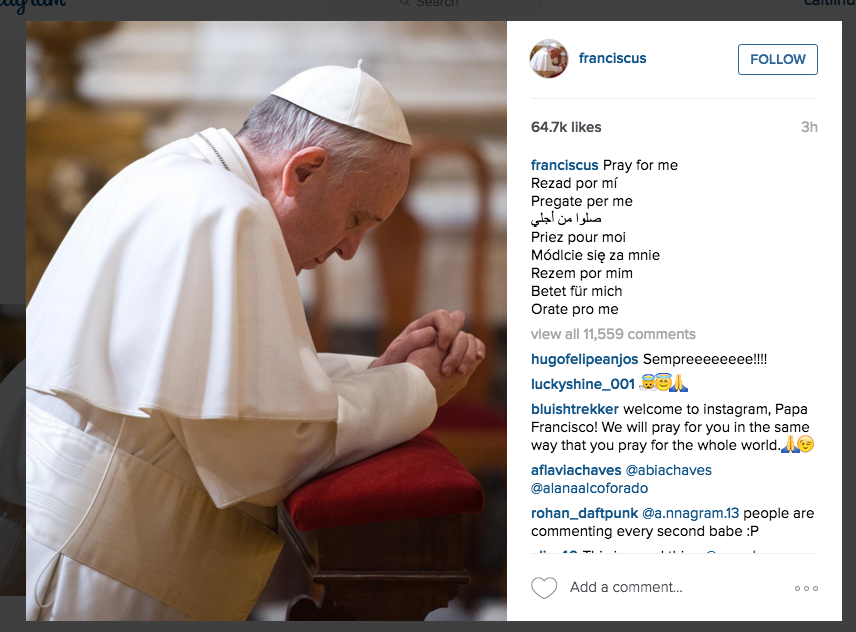 Dario E. Viganò, the prefect of the Vatican’s Secretariat for Communications, said in a press release:

“Instagram will help recount the papacy through images, to enable all those who wish to accompany and know more about Pope Francis’ pontificate to encounter his gestures of tenderness and mercy. We will choose photographs from the Photographic Service of L’Osservatore Romano, selecting certain details. In this way we can show those aspects of closeness and inclusion that Pope Francis lives every day.”