Why did Arshad become a global heartthrob?

Why did Arshad become a global heartthrob?

Possibly we’ve all seen him online: the blue-eyed, porcelain-complexioned young boy, serving steaming tea from a metal ladle. Yes, we’re talking about Pakistan’s 18-year-old tea seller, or chai wallah: Arshad Khan.  He broke the internet a few days ago with this look to die for: 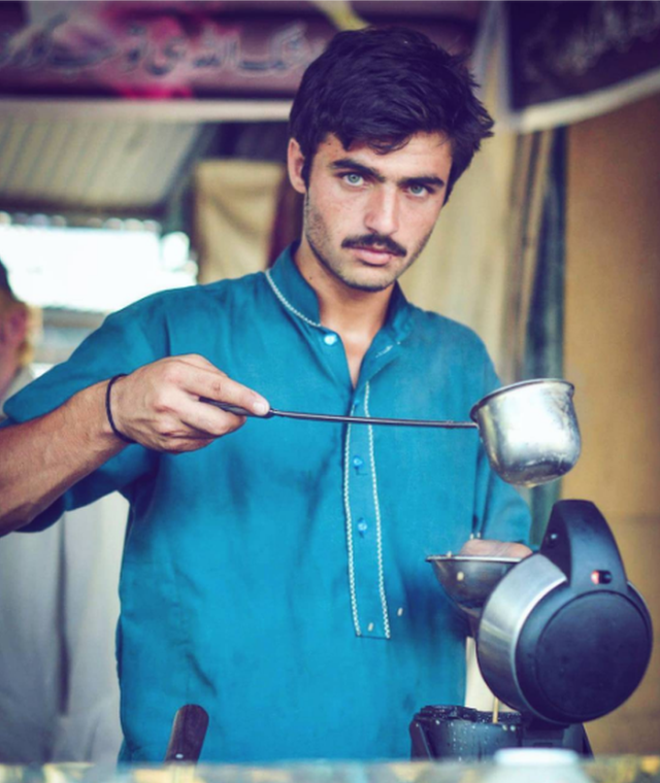 This picture was taken by  photographer Javeria Ali while on a local market trip on Sunday. She initially shared the image on Instagram, which instantly got popular. Several social media users widely shared the picture, praising Arshad’s Khan smouldering ‘Persian’ looks. Within no time, popular sites like Facebook and Twitter too were buzzing with the photograph.

As a result, Pakistan-based online shopping site Fitin.pk has taken notice. The business has signed the tea vendor Arshad as a professional model for their brand. All of this is simply because Arshad took the internet by storm! Needless to say, Arshad’s female fans are absolutely thrilled.

I hope I live long enough to see Arshad Khan become the PM of his country one day. #theirchaiwalasarehotterthanours #PakistaniChaiwala

However, several academicians and social activists see this as a classist reaction by the public. Many even think it is gender discrimination! The reason being: is Arshad being objectified through this picture, and more so because he apparently is underprivileged? Is it that his looks are being valued so much, because it’s shocking that a ‘tea vendor’ can actually look attractive? Some even think that Arshad is being given unnecessary attention. Here are opinions shared on Twitter:

#PakistaniChaiwala lands modelling contract after pic goes viral – would this be a story if he was an office worker? https://t.co/Hrbio3YbLH

Those who have been retweet that #ChaiWala tweets. I wish all your spare time could have been spent on promoting such chai walas. pic.twitter.com/GjtEbnzTEx

While there are several opinions being shared on the internet, Arshad Khan has now got the opportunity to have a glamorous career! Just last week he was only a tea seller, and now he is an internet sensation and possibly a future supermodel. That is definitely going to change his world for good. Especially since Islamophobia is quite a trend globally, and people have a stereotyped view of Pakistan– it’s heartening to see that people have shared Pakistani Arshad Khan’s picture like wildfire!

The biggest takeaway from all of this: human beings across the world are amazing, accepting and friendly. It’s only negative politics which often create discriminatory stereotypes. Secondly, the internet is a great way to make a useful change in people’s lives- what about us using it to now spread global peace and tolerance, just like it made the world realise that an underprivileged tea seller can be a star too?