Why Kim Jong-un Assasinated His Brother

Why Kim Jong-un Assasinated His Brother

According to South Korean security sources, Kim Jong-nam, the older half-brother of North Korean dictator, Kim Jong-un has been murdered in Malaysia. 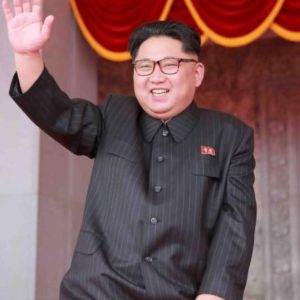 “Kim Jong-nam told KLIA staff that his face was feeling extremely pain because of an unidentified liquid sprayed at him.

The reason for his death

It is still unconfirmed as to whether Nam was assassinated at the behest of his brother, and it would not be the first time.

It’s been widely speculated that Kim Jong-un felt threatened by his brother for many years and had been planning an assassination for a long time.

“Kim Jong-un and his aides are murderous commanders, and many times the agents of the reconnaissance staff of Kim Jong-un have made attempts of poisoning Kim Jong-nam,” said Jihyun Park, a North Korean defector based in Manchester. “The fate of Kim Jong-un, his aides, and those who obey North Korean dictators, will disappear on the day Pyongyang’s regime collapses.”

Who was Kim Jong-nam

Once thought to be the heir apparent to Kim Jong-il, he fell out of favour in 2001 after being arrested in Tokyo trying to enter Japan with a forged Dominican Republic passport. He claimed he was trying to visit Disneyland with his family.

Nam has recently spent a long time outside of North Korea in recent years, mostly in Macau and China, after being exiled by his father. Since then he has been openly critical of the dynastic family leadership, saying that he believed his brother’s reign would end in failure. He called the leadership “a joke to the outside world”.

In a 2012 email to the editor of a Toyko newspaper, Nam explained that after being educated in Switzerland he had advocated for reform and market-opening.

He had previously been the subject of another assassination plot in 2012, when a North Korean spy admitted planning to target him in a hit-and-run attack.

A report issued by South Korea’s Institute for National Security in December 2016 claimed that Kim Jong-un had personally ordered the execution of 340 people since he came to power in December 2011.