President Trump: "We are Islam- not IS!"

President Trump: "We are Islam- not IS!"

What the president and his advisors like Bannon do not know, but must learn now to understand the truth

By We are Islam - Not IS

What the president and his advisors like Bannon do not know, but must learn now to understand the truth

Appeal to the followers of the self-acclaimed ‘Islamic State (IS/ISIS, ISIL or Daesh) and the faithful Muslims for the defence of the Holy Scripture and the Prophet

Click here for our Facebook Page where you can join Muslims from all over the world in signing the appeal.

After the intensive study of the Holy Qur’an, the Sunna and the Commandments of the Prophet Muhammad as well as the actions of IS/ISIS/ISIL/Daesh and the statements of their self-acclaimed Caliph Ibrahim Awwad Al-Badri alias Abu Bakr Al-Baghdadi, we declare in addition to 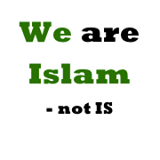 The self-proclaimed “Islamic State” (IS/ISIS) in Syria and Iraq is neither Islamic nor does it implement the commandments of God, the Holy Qur’an and the Prophet Muhammad.

In contrast, it is un-Islamic and a continuous insult to God’s words in the Holy Qur’an, the Prophet and his wisdoms and consequentially to all truly faithful Muslims in the world.

In their propaganda videos the radicals only choose and talk about very few of the 6236 verses in the Qur’an, predominantly six strongly-worded sentences. Hence, they ignore 99.99% of the Holy Scripture. Due to that they spin Islam on its head from a rather peaceful to an aggressive message of fighting and muder.

The Open Letter deals extensively with IS and the true Islamic teachings. It rightly criticises that the selection of a very few verses is prohibited in regards to fatwas as Islamic legal opinions. Instead, it is necessary to examine the whole Qur’an and the Hadiths (number 1 and pp.3 in the Executive Summary). The reduction of the Holy Scripture to 00.01 percent is complete nonsense and displays great ignorance as well as an offence to the wise words and the key messages of God.

The Qur’an and its message as well as the exemplary life of the Prophet Muhammad are full of compassion, the virtue of tranquillity and harmony (hilm) and peace (salam). This truth has been forgotten by the members of IS.

The Islamic world needs to return to these roots of Muhammad. Now the silent majority should stand up against this small radical minority and defend God, our Holy Scripture and the Prophet Muhammad against the abuse and defamation. We are the true Islam- not IS.

With its extensive inhuman actions with which it boasts online, the IS breaches numerous commandments and prohibitions of the Holy Qur’an and the Prophet and the clear rules of jihad.

This concerns in particular the beheadings of disarmed opponents and civilians, murder and the expulsion of people of different faiths, especially Yazidis but also Shiites – who as well believe in the Qur’an– and Christians, as well as torture, looting and rape. Additionally, they execute the enslavement of non-Muslim girls and women and the restriction of their rights to education which was given to them by the Prophet. Moreover, the radicals entail the destruction of prayer and cultural sites. The IS trails a desert of destruction and an ocean of blood.

That these severe violations of the IS and its followers are un-Islamic is evident in the following legal sources of Islam from God’s words the Holy Qur’an and the Sunna of the Prophet and his first Caliphs:

The members of IS have severely insulted the words of God in the Holy Book and the teaching of the Prophet several times and therefore placed themselves outside the rightful Islam. The IS violated the proclamation stated above numerous times.

Because of the systematic anti-Islamic mischiefs which are even justified in the name of Islam, the Holy Qur’an and the Prophet, all functionaries, members, fighters and supporters of this un-Islamic terror organisation IS have become infidel perpetrators of great sins (mubiqat).

The Fatwa UK rightfully depicted IS as an organisation of heretics and religiously prohibited any support (haram) (number 6).

We call upon all members and supports of the IS to stop these un-Islamic acts now.

A Muslim in the IS organization can return to the community of believers (ummah or al-ummah al-islamiyah) as a law-abiding Muslim if he did not actively participate in severe violations of the rules of jihad against the proclamations of the Holy Qur’an, and joined IS in the wrong assumption that he is acting in the name of the Qur’an and the Prophet. Thereto, he needs to stop his fight and support for IS immediately.

We respect the Holy Qur’an and the directions of the Prophet – not IS.

We call upon all faithful Muslims to thoroughly defend:

against the pretensions and too many sins of the IS.

Disputing the claims of Al-Baghdadi that his is the only pure and legitimate form of Islam and refuting his claims of divine assent the open letter’s  facebook page already has more than 100.000 followers.

Read the “Fatwa on the so-called Islamic State”