It's off to college, but mom won't leave!

It's off to college, but mom won't leave!

The first day of college is an excellent day. You get all moved into the dormitories, and perhaps the best moment is watching your parents drive away, and you can finally live on your own and take care of yourself.

But in China, some kids are not getting to breathe the fresh air of freedom and independence.

Being an only child can be hard, especially for the parents. This is the sad reality of all college-age Chinese children, since at the time of their birth, China still had a strict One-Child Policy. So for parents, this child is their only one, and as such, they can get a little too involved and controlling. There is a term for these parents: “helicopter parents,” because they are always hovering around watching everything.

As a result, there can often be some strong separation anxiety when kids go off to college. So Chinese universities have come up with a way to tackle this issue: They are setting up tents and beds for the parents at the university.

Pictures have surfaced showing rows of tents and sleeping mats sprawling with parents who can’t let go just yet. 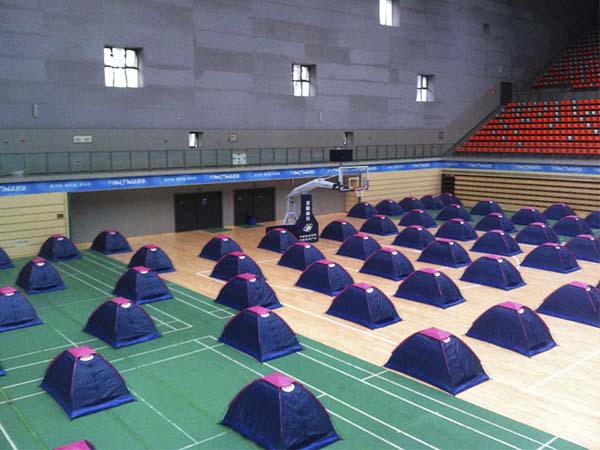 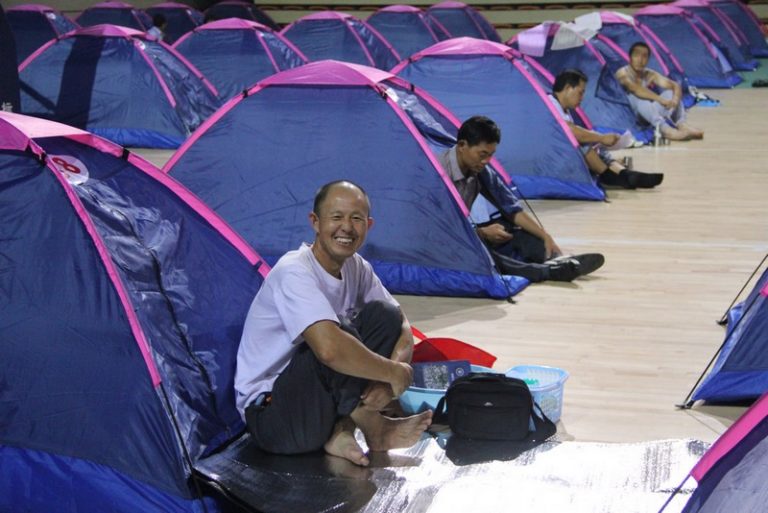 The universities like Tianjin University and Shantou University have set aside space in gymnasiums or hallways and provide towels, water and showers for the parents who elect to stay and see that their child adjusts well. They provide these for three days at the start of the school year, and after that, the university says it’s time to go.

Surprisingly, many of the students are not embarrassed, and appreciate it all the more. They have said that it has helped by allowing them to show their parents the school, and hold their university up as a point of pride to show their family.

What do you think? Would you be happy to have your parents stay with you when you leave for university? Let us know in the comments on Facebook!