The Department of Homeland Security has released a fresh set of ‘guidance’ documents that convert into policy Trump’s executive orders on border security and immigration. This is a major shift in the way the agency is enforcing the law.

Previously under Obama, the illegal immigrants who committed serious crimes were the priority for removal. But now, any illegal alien who has been convicted of any criminal offense, (including offenses such as driving without a licence and using an improper social security number), can be targeted by immigration agents, customs officers and border patrol agents for removal.

Additionally, the executive order tells immigration agents to prioritize anyone they feel is a “risk to public safety or national security” even if they haven’t done any of those things. I.e. they can deport whomever they want.

Expedited removals are also now in play that allows Border Patrol and Immigration and Customs Enforcement (ICE) agents to deport more people straightaway. Previously this provision was only in use within 100 miles of the border and applied to those who had been in the country less than 14 days. That timescale has increased to two years, and includes people located anywhere in the US.

Force multiplier – how will this play out?

There are an estimated 11 million people living in the country illegally, and this change in priorities requires a big increase in resources, meaning narrower priorities. 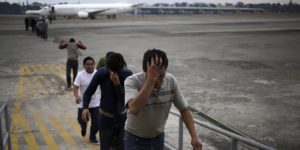 The executive order triples the number of agents in ICE’s Enforcement and Removal Operations office. 10,000 new immigration and customs agents are now to be hired, coupled with new detention facilities to be constructed and a new office within Immigration and Customs Enforcement to help families of those killed by undocumented immigrants.

ICE, as well as Customs and Border Protection, will bring back a program, (287(g) program), that recruited local police officers to help with deportation, effectively making the police department the de facto immigration agency. The memos signed by Kelly direct ICE “to engage immediately with all willing and qualified law enforcement jurisdictions that meet all program requirements” for 287(g) agreements.

Top officials have said that the new directives are intended to more fully use the enforcement tools that Congress had already given to them in order to crack down on illegal immigration. They emphasised that some of the proposals would be rolled out slowly until more aggressive action made sense legally and logistically. 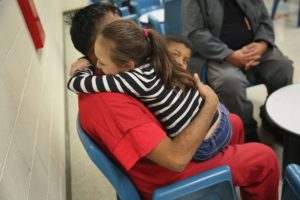 They said that refugees from Central America who are to be returned to Mexico to await hearings would be done only in a limited fashion, after discussions with the Mexican government – who would most likely have to accept the refugees. This means that immigrants could be sent to Mexico first, but formally deported later. “Deport first, ask questions later” strategy.

They also made clear that nothing would change DACA (Deferred Action for Childhood Arrivals). But they did say the department was going to aggressively follow President Trump’s promise that immigration laws are to be enforced to the maximum extent possible.

This promise has long generated anger and fear in the immigrant community, as this new approach is a threat to many undocumented immigrants who were previously under much less danger or being deported.