WHY DID TED CRUZ HIRE THIS OBSCURE SECURITY ADVISER?

WHY DID TED CRUZ HIRE THIS OBSCURE SECURITY ADVISER?

When Ted Cruz called for strengthening police patrols of Muslim neighborhoods after the Brussels attacks, it was shortly after he had hired one of America’s most prominent “Islamophobes” (in the words of the Southern Poverty Law Center) and conspiracy theorists to be his top foreign policy and security adviser. What a dubious choice:

Frank Gaffney is so well-known as a conspiracy theorist that it appears in the first sentence of his Wikipedia article – and it comes with eight citations. If you comb the Internet, there are plenty more citations you could find.

Ted Cruz had this to say about his choice when forced to defend it on CNN in the video below:

The Daily Beast reported on December 15, 2015 about four more compliments by Ted Cruz for Frank Gaffney:

If only that were the only thing he “speaks out against.”

The Center for American Progress catalogued much of Gaffney’s writings in “The Islamophobia misinformation experts.“ The center writes: “All are actively promoting the deeply mistaken portrayal of Islam—a religion of nearly 1.6 billion people worldwide, including 2.6 million Americans—as an inherently violent ideology that seeks domination over the United States and all non-Muslims.”

Which aggressive and hostile nonsense did Frank Gaffney told the American public, whom Ted Cruz admires and trusts and praised no less than five times?

Here the 10 worst examples of his hate propaganda:

Next, a few things about who Frank Gaffney is.

All this raises the question: Why would Cruz choose him? How can you take advise from someone who has made so many unhinged statements in the past? With Ted Cruz’ positions in foreign affairs still vague.

The answer may be simple. Fear and hate sell well today in the Republican party and with simple minded Americans.

Ted Cruz thinks Americans are so scared of terrorism that they’re looking for an implicitly if not explicitly anti-Muslim tone to foreign policy, and the liabilities of Frank Gaffney are not so steep in an electorate that is supposedly sick of “politically correct” talk. 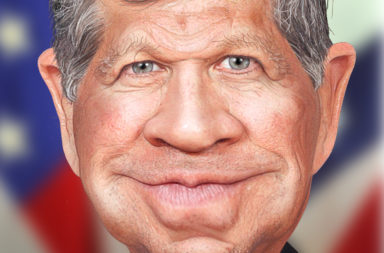 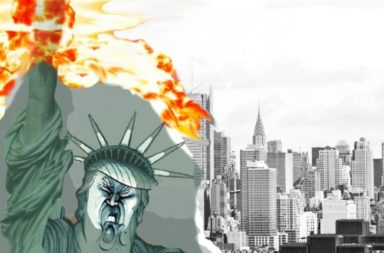 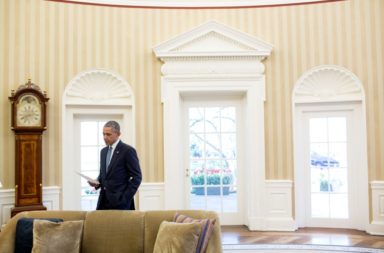