What does ice cream have to do with Black Lives Matter movement?

What does ice cream have to do with Black Lives Matter movement?

Black Lives Matter. Choosing to be silent in the face of such injustice is not an option. https://t.co/6Vy0KHJeKU #BlackLivesMatter pic.twitter.com/pK96teLRhd

Surprisingly, it seems like many fans disagree with Ben & Jerry’s stand. They even threaten to boycott the brand for its political opinion:

@BellaR_14 @james_black81 Well obviously they do want bigots buying their product since they support racist bigots like Black Lives Matter.

Here are a few selected tweets:

this is all we wanted. to know we aren’t crazy or seen as crying wolf. if you see something SAY something. thats all. thanks @benandjerrys https://t.co/BZ8Bt5CZ2s

I think I found my new, favorite ice cream. Way to step up @benandjerrys. pic.twitter.com/Gyu8OFJNom

It is indeed rare for a commercial brand to make a bold political statement, especially one about the fight against racism.

However, Ben & Jerry’s is leading the way in mobilising support for social movements which aim t0 create an equal world.

While it is unfortunate that people oppose the brand’s opinion, there are several others who are motivated and encouraged by the support shown by Ben & Jerry’s.

While people who oppose the belief that “Black Lives Matter” threaten to boycott Ben & Jerry’s ice cream, we strongly support the brand and encourage like-minded people to do the same. 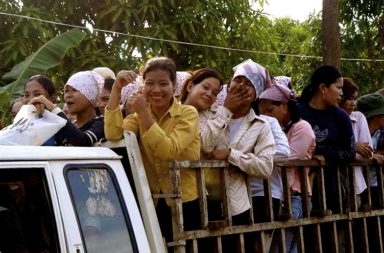