The Census Bureau released its annual report on U.S. income and poverty and it confirms that the percentage of Americans falling under the poverty threshold due to medical bills continues to grow despite the number of uninsured dropping. 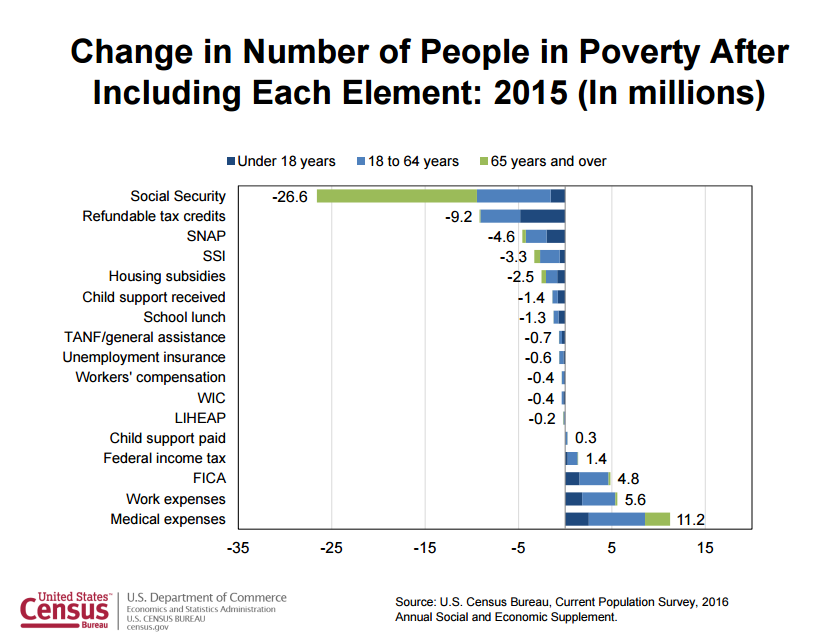 The report relies on the Supplement Poverty Measure (SPM) to measure the number of Americans below the threshold. It’s based on the average spending on essentials for lower-income families and is adjusted to reflect different housing costs across the country. Jordan Weissman from Slate says that most importantly “it also counts a family’s financial resources, totaling up income after taxes and government transfers [like food stamps], while subtracting work and medical expenses.”

Weissman also writes that Obamacare’s Medicaid expansion was supposed to improve this problem; however, some of the more populated states have declined to expand eligibility.

The top five States by number of uninsured:

The States listed above are also States that have refused the Medicaid expansion and all but Alaska have Republican governors. Meanwhile, Georgia has the sixth highest poverty rate in the Union and Texas sits at number 12.

One Republican State considered to successfully expand Medicaid is Ohio. Governor John Kasich expanded the program under Obamacare in 2013. It did not make him a lot of friends. Since then, over 650,000 have been given access to healthcare. While initial sign-ups were far above projections, since April of 2015 the total number of people enrolled in Medicaid has declined every month.  That means “increases in the new population [new Medicaid recipients] were offset by declines in other Medicaid recipients thanks to an improved economy,” Medicaid spokesman Sam Rossi said. Reports show that after the Medicaid expansion, median income was up 2.6% and poverty decreased a small amount from 16.3% to 15.8%.

If one doesn’t need to worry over medical bills, than maybe one can make a greater contribution to the economy.

In total, Ohio Medicaid spending overall was $1.9 billion under budget at the end of June 2015.

It seems that for all the political rhetoric against Obamacare and its Medicaid expansion by conservative governors, it could indeed help lift more people out of poverty while growing a state’s economy.